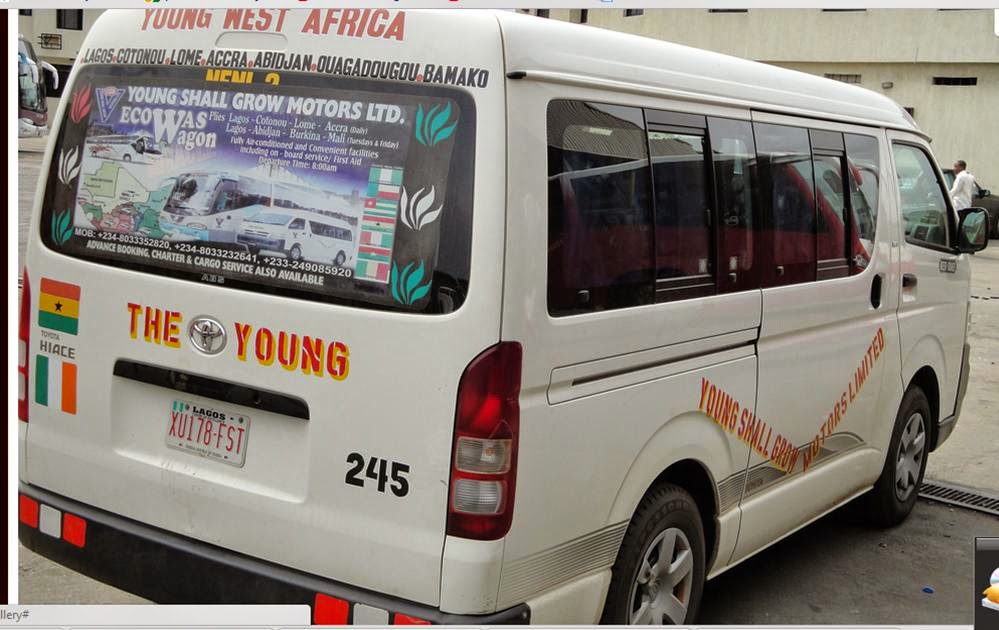 She turned to the little boy playing with a toy car on the verandah floor. ‘Bia, Okechukwu, where is your sister?’

‘She is sleeping.’ The boy did not look up from her toy. He placed the car between the lines he’d drawn with charcoal and drew back the coil. The tiny object sped off forward.

The front door creaked as it moved inward. Nwamma wobbled out, one hand over her yawning mouth. She wore a red night gown even though it was afternoon.

Anulika scowled at her. ‘So Nwamma, you heard me calling you since and you didn’t come out, okwia?’

‘Ndo jare,’ Nwamma said. ‘By the way, must you come at this time, eh? You not knowing that is sietin time?’

‘Meaning that you suppose doing your own sietin now too.’

Anulika climbed the single step onto the verandah. ‘I don’t blame you. Since you came back from Lagos, you have forgotten that you were born here in Iru-owelle. Since when did people start sleeping in the afternoon when they should be at the farm working?’

Nwamma joined her in the bench. ‘Look, Anuli, people sleep in the afternoon. They calling it sietin. When we reaching Lagos you will see.’

‘Very better.’ Nwamma turned towards where Okechukwu was playing at the other end of the verandah. ‘Okey, please bringing my Blanberry for me, inugo.’

When Okey returned with the phone, Nwamma glared at her. ‘I telling you not to holding this phone with one hand before or I not telling you?’

Mma jerked the phone from his grip.

The keys beeped as she pressed the phone.

Nwamma looked at her. ‘Why you smiling like that now? You not seeing blanberry before? Oh, yes, true, you not.’

The smile on Anuli’s face vanished. ‘Nwamma akpalikwana m, did you hear me, don’t insult me o.’

Nwamma clucked. ‘Akiko. If you are really serious, saying what you wanting to say in English, letting me hearing you.’

Anulika threw open her mouth in a big laugh. Nwamma was surprised. ‘See Nwamma o.’ She moved her hand in the air in demonstration. ‘Nwamma of yesterday, challenging me in English.’

‘Speaking it if you fitting to!’

‘Chai, Nwamma, this is insult.’

‘Is that the whole English you fitting speak?’

‘This is insult, Nwamma. Okay. No problem.’

Nwamma pushed a wrinkled nose at her. ‘Akiko. This is insult, that is the only English you fitting to speak.’

**Early the next morning, Anulika came with her bag.

Onyiudo Ekemma bid them farewell as they left for the park. She told them to always be careful, of Lagos and its people.

They boarded Young Shall Grow at Onitsha, this time one with ‘full’ AC.

They hadn’t passed Asaba when Anulika leaned toward Nwamma and whispered. ‘I am cold.’

‘Saying it in English,’ Nwamma whispered back. ‘I telling you before, we going to Lagos now. Everybody speaking English in Lagos even small children. I begging you now o, no disgracing me o. My shop is not small shop o. Not like that gbam-gbam batcher Azuka has in Oye.’

‘Cold doing you what?’

Disbelief flickered in Anuli’s eyes. ‘Go telling the driver to putting it off na.’

‘I should go and telling the driver to putting the car fridge off?’

‘You welling at all? You thinking this is like those akpuruka bus going to Nkwo? You not knowing this is Lagos bus? The fridge cooling the tyres, putting it off and we not reaching Lagos again.’

Anulika shook her head to mean she hadn’t known about all these things before. Mma pulled out her bag from under their seat and gave her a wrapper to cover herself with.

The other passengers only looked, no one talked to them.

They stopped at Ore to eat. Anulika was amazed at how cheap bananas were sold in Ore. ‘I not telling you before?’ Nwamma told her.

She looked at the big bunch they’d bought for just N200, examining it as if to be sure it was really banana and not something else. ‘Nwamma, see. Ifukwa banana two-hundred naira.’

Mma smiled at her. ‘Village girl like you. If you reaching Shopping Right Super Market what will you do?’

‘Where is that one?’

‘It is in Ikeja. They will not allowing somebody like you to entering there.’

Anulika frowned at her. ‘I not blame you.’

Nwamma had warned her of the possible consequences if she bought and finished another banana bunch but Anulika did not listen.

It could be that banana was her favorite fruit or the cheap price heightened her appetite. Whatever the motivation, Anulika bought another sizable bunch of banana for even a lesser amount of N150. She was utterly amazed.

In the bus, she offered Mma the new bunch to take some. She declined.

‘You willi not take?’

‘Ok o.’ Anulika turned to deal with the yellow banana fingers. Clearly she was happy Mma had said no.

One by one the fingers disappeared from the bunch. In a short time she had eaten them all. She tied the peelings in the same polyethylene the banana seller had put the banana in for her.

If Anulika had heard her, she didn’t show it. She beat her stomach gently and relaxed back into her seat.

They had just passed Ijebu-ode when the gastrointestinal turbulence became too unbearable.

Nwamma has drifted into light sleep. Anulika, all tense and sweaty, nudged her elbow. ‘Nwamma,’ she whispered.

Nwamma opened her eyes, her features constricted in a frown. ‘What?’

The look on Nwamma’s face did not change. She opened her mouth wide. ‘Oya. Come and shitting in my mouth.’

Anulika’s crumpled face looked like she was going to start crying the next minute.

Nwamma ignored her and relaxed back into her seat.

For the next one hour their journey lasted, Anulika was not herself. She squirmed in her seat, the sweat pouring off her like one drenched in rain. From time to time she looked out the window, searching for any sign of Lagos.

Finally their bus stopped at Anthony Bus Stop. They used another bus to Surulere and from the junction they took an okada to Number 18.

Nwamma had pointed to the shop when they passed it, but Anulika was too far away to notice.

She didn’t allow Nwamma to fully open the door before she pushed the door away and rushed in.

She dropped her bag and ran to the door in between the two rooms. She opened it and discovered it was the kitchen.

‘Going down. The other one,’ Nwamma told her.

Anulika took off again. She grabbed the door handle with two hands and jerked it open.

Confusion slapped her still. She didn’t know the white bowl that was the right one; the one on the ground with its twin vessel above it or the elevated one at the wall opposite her.

There was no time. The angry lumps inside her belly had reached the entrance already, almost pushing their way through.

Anulika pulled down her skirt and did the delivery on the tiled floor.