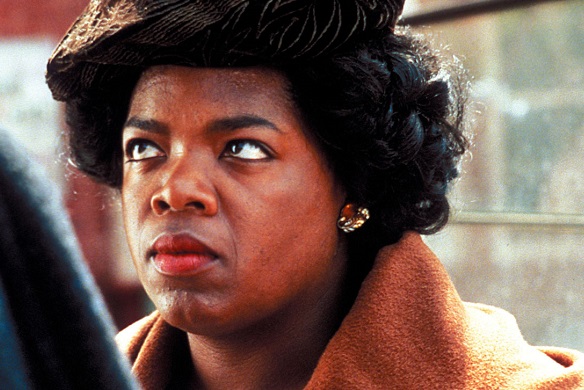 It was a hot Saturday afternoon. I stood in the midst of other bus-hungry Lagosians by the corner of the road at Iyana Oworo, waiting for an Ikeja bus.

Since the fuel scourge, I have forgotten where I dropped my car keys. Truth is, I’ve never actually been a fan of Lagos driving. Or maybe because my car is only a few months old.

But I so badly needed to get to Computer Village, to get my laptop fixed; suddenly multiple windows have started popping up on the screen. The more I tried to close them, the more they continued coming.

It actually started on Thursday night, but to save myself from a pay-threatening query at work, I decided to leave it till Saturday.

I decided to use the Iyana Oworo route because it is quite a cut. It would also save me the stress of climbing down that mighty Anthony Bridge to where the Ikeja buses stopped, and the horrendous Maryland traffic!

The Iyana-oworo route is god-sent. Nearly!—if the buses arrived more often. On a very lucky day, you’d wait about 30 minutes before one that still has a space in it comes along. Some days can be so bad you don’t see one in 2 hours.

They were the larger kind of yellow buses, jakande buses coming from Obalende.

The sun was livid and I was sweating badly. Bad idea, I’d even worn black. But I waited.

The Berger-Ketu buses arrived more often. Sometimes leaving as empty as they were when they stopped, because the crowd of people by the roadside, as me, were all heading to Ikeja.

Once a bus stopped, the crowd would rush to it, and then discovering it was the wrong bus, they’d would all bundle back together again.

Finally, a big yellow bus slowed to a still in my front. It had been like miracle, only this miracle was not for me.

Before I could raise a leg, the people around me have lunged at it. Like starving dogs, they attacked it from all sides, pressing through any available space, crushing anyone in sight.

My six-year experience in Business Development does not include bus jumping and kung-fu.

A heavy, middle-aged woman stepped on my shoe, her massive bulk nearly burying my feet into the soil. I winced and filtered through to the back.

I stood aside, watching the chaos through unemotional eyes.

And just then, my own miracle happened. Just behind the bus the people were struggling to eat up, another stopped. A cleaner, emptier bus.

Safely inside, I held the side door panel and pushed my mouth out. ‘Ikeja bus here o!’ I screamed, even before the conductor.

He turned to look at me; I know what he must have imagined.

Like zombies attracted to sound, they all turned towards the bus. The next moment, the bus was trembling as they rushed into it. Finally, everyone was settled and the driver drove off.

I watched those who were not able to get a bite of the bus meal draw back, their faces long and sad.

‘So let us continue,’ the woman beside me said.

My heart skipped one beat. She was a middle-aged woman with a heavy-fabric scarf tied round her head like a cap.

‘In the book of Ecclesiastes 1, verse…’ she continued. She obviously has been preaching before the bus stopped.

I held myself not to hiss. I don’t like transport evangelists, and then that would be the closest I’d ever be sitting to one.

Had we not started moving, I’d have gotten down. Ok, maybe not, but I was not so pleased.

‘So my brothers and sisters,’ the woman continued, her voice higher, her face straighter.

With that face, I could have sworn she read my mind.

‘Just as the book of Ecclesiastes has led us to understand, this world we live in is nothing, my brothers, my sisters, nothing but vanity upon vanity.’

And she has picked a very wrong topic. I hate it when people talk about end time when I have unfinished businesses. I needed to get to Ikeja, fix my system, and then come back home and eat the turkey stew she has prepared.

And I just closed a deal that will have my pant all wet with a 15% commission. I haven’t even shown my parents my new car. My mother hasn’t danced round it yet.

‘So my brothers, my sisters, why are we fighting?’ the preaching continued, nonetheless what was going on in my mind. ‘Why are we killing one another? This world is vanity upon vanity!’

‘Owo da nbe!’ the conductor screamed. His voice was high and I wondered if he, too, wished the preaching woman would shut up.

Like others, I dipped into my wallet and paid. The preacher was reading a Bible passage again.

‘San owo e!’ the conductor screamed at her, hand outstretched.

I looked at the man; much as I hated the preaching as well, at least he should respect the Bible she was reading.

The woman ignored him and continued reading. It wasn’t until she finished the Bible passage, removed her large glasses and put them back in the case that she reached for her purse.

The conductor gave her N50. She collected it, but didn’t take back her hand. ‘My change is not complete,’ she said. ‘You are supposed to give me N80.’

The conductor showed her the bundle of notes he was holding. ‘No change. ’

The woman turned away and continued with her preaching. But she didn’t preach for long before she stopped and said, ‘Conductor, my change.’

The conductor would tell her again, ‘No change.’

She would continue to preach, only to stop after some time and ask the conductor for her change again.

I noticed now that her voice was not as strong and commanding as before. She seemed distracted now. She looked at the conductor often while she talked.

‘So my brothers, my sisters, if we begin to see this world as vanity upon vanity, if we—conductor give me my change now!’

I looked at her; some other passengers too.

The conductor looked at her and turned unconcernedly away.

‘Give me my change!’ the woman shouted.

Now other passengers started to tell her to calm down, that he would give her.

‘That’s how they behave,’ the woman told them. ‘If I don’t talk now, he will just eat the money.’

She scowled at me and then opened her Bible again. ‘Let’s go over to the book of Jeremiah now. Jeremiah 16…’

Finally, the bus stopped opposite Shoprite. The woman sang ‘My change, conductor, my change’, as she climbed down the bus.

She got down and stretched an open hand to the conductor.

‘Madam, I no get change o,’ the conductor said. He was turning to ask if any passenger had N30 when the woman grabbed him at the waist. ‘Give me my change!’

‘Give me my change fast!’

She stared at it, as if to be sure it was real money and not just an ordinary piece of paper.

‘Wooli eke!’ the conductor called her as he climbed back into the bus.

‘Ole! Oloriburuku! Onye ohi! Elede!’ the woman screamed back at our moving bus.