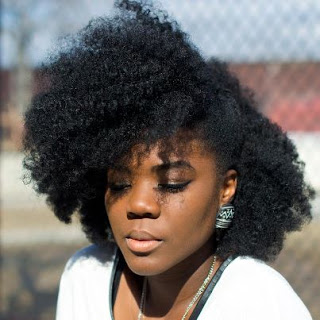 Ikechukwu was leaving the site when his phone began to ring.

Checking, he saw it was Chuka, his best friend.

‘Just leaving the site now, you?’

About thirteen minutes later he was sitting at one of the round tables under the Kent’s Bush Bar.

A half-filled glass cup sat beside a bottle of Heineken on the table.

Ikechukwu raised his hand for him to see where he was.

Chuka walked over and joined him at the table.

A serving girl in white and blue appeared. ‘What can I get you, sir?’ she asked.

‘My friend, allow me to sit first!’ Chuka snapped.

Ikechukwu smiled. He waved at the girl. ‘Hey, come.’

Chuka hissed. ‘These uncultured girls, can you imagine she was nearly breathing into my mouth.’

Ikechukwu kept smiling. He smiled a lot, and sometimes you could easily tell it wasn’t just the amusement.

When the girl returned with the drink and cup, Chuka barked at her again. ‘My friend, what kind of a cup is this?’

The girl was looking, appearing startled and confused.

Ikechukwu was staring too.

‘Will you take this cup away and get me something smaller?’ Chuka said again.

‘I hope everything is okay at home, sir?’ the girl said as she bent to take the cup.

Chuka’s eyes ran to her, his mouth in an O.

The girl pranced away and Chuka turned back to look at her. It took some time before he said anything again.

Some minutes later, Chuka sipped from his cup, returned it to the table and said to Ikechukwu, ‘You said you needed to talk to me about something.’

‘Hope everything is alright?’

Chuka smiled. ‘You can talk to me, man.’

Ikechukwu leaned out of his chair, joined his fingers on the table and started.

After he finished, Chuka started to shake with laughter.

Ikechukwu appeared slightly puzzled as he stared at his friend. ‘Okay,’ he said, nodding in defeat. ‘But at least thank me for entertaining you.’

‘Thanks for the compliment.’

‘Ok, being serious now, I really don’t think there is anything to worry about.’

‘Yes. In as much as I’ve never really been that cool with you marrying—’ Chuka broke off, searching for a less offensive word to use.

Ikechukwu was staring at him with his lips curved to one side. ‘You can just save us the time and use ignoramus,’ he said.

Chuka smiled. ‘Your wife is uneducated, yes, but that doesn’t mean she is stupid enough to bring in a man she is having an affair with into your home.’

‘So you are saying it doesn’t happen?’

‘Of course, I’ve heard worse, but she is…she is raw, she is naive, only a very intelligent woman can pull off that stunt.’

‘Yes, and why are you now staring at me like a sex-starved gay boy?’

Ikechukwu laughed. ‘This is about the nicest thing you’ve ever said about my wife. Thanks.’

Chuka laughed, shaking his head. ‘I know you will never believe me, Skido, but I’m usually a very nice person.’

‘Of course,’ Ikechukwu agreed on a sarcastic note. ‘The nicest people on earth usually always have two women they are dating at the same time after all.’

Chuka laughed. ‘Come on, man, NG is just a side thing. Rose is my focal point, you know that.’

Ikechukwu gave a crooked smile and nodded. His mind ran to the picture of the naked breasts Rose had sent him that afternoon.

He took in an amount of air and quickly cleared the thought. Many times he’d wanted to talk to his friend about the kind of messages and images his ‘focal point’ used to always send him, but meddling into people’s lives is usually not his thing.

‘I still think NG is a much nicer girl though,’ he said.

‘Why?’ Chuka asked. ‘Because she is crude? Man, what is it you have about basic women?’

‘What do you have about ‘non-basic’ women?’ he asked Chuka, even though he didn’t think ‘basic’ should be used to qualify people, women least of all.

‘Skido, experience is paramount to me, you of all should know that. I’m an explorer.’

‘Do you know most times I wonder and feel pity for you?’

‘You are missing out a lot, my man, really you are. This is 2015, sex has gone from missionary to adventurous.’

Ikechukwu threw out a laugh, shaking his head. ‘You think my wife is inexperienced?’

‘What does a village girl know about sex kwanu, what?’

Ikechukwu continued to laugh and shake his head. It wasn’t really amusement. Pity is close. If only his friend knew what Nwamgbeke was capable of in bed.

‘So what’s up with the contract?’ Chuka asked.

‘Well, everything is nearly finalized, just a couple of signatures more. The commissioner is out of town presently, but I’m hopeful by the end of next week, everything should be settled.’

‘Chai! Skido! You one lucky bastard from hell, I swear.’

‘Here we are with our heavy certificates loafing about town without hope and you are living our dream.’

Ikechukwu smiled. He’d opened his mouth to say something when his phone started to ring.

He took it from the top of the table and checked the caller. He raised an excusing finger to his friend. ‘It’s my wife, one moment please.’

He stood and stepped aside.

Nwamgbeke usually screamed when on the phone so he didn’t want to feel embarrassed.

Not really him though, his friend.

To his surprise, Nwamgbeke’s voice was calm.

‘You want to tell me something?’

‘Hope everything is alright?’

Back at the table, he told Chuka he needed to bounce at once. ‘Marital wahala,’ he added.

‘I’ll bet you one day you will!’ Ikechukwu was walking away already.

He paid for the drinks at the counter and ran off.

He met Nwamgbeke exactly where she asked him to meet her.

It was a long discussion.

A really long one.

Back at home, Nwamgbeke walked into the kitchen to drop the items she’d bought from the market.

Upstairs, she knocked at the door to Nnamdi’s room, opened it and entered.

Nnamdi sat at the edge of the bed, head supported in his hands.

Nnamdi looked up at her. ‘What?’ he said, an air of dullness to his manner.

‘The money Ikechukwu owing me na.’

Nnamdi shook his head. ‘I didn’t see the papers I need.’

‘So which kind paper you need?’

‘Do you know where your husband’s personal documents are?’

Nwamgbeke nodded. ‘I know where he keeping it.’

Nnamdi exhaled in release. He stood and held Nwamgbeke. ‘You are the most sensible girl ever,’ he said to her.

When Ikechukwu returned later in the day, she didn’t say a word to him.

When he asked her what the matter is, she hissed and walked upstairs.

That night, on the bed, Ikechukwu asked her, ‘So what did you find out?’

‘I see.’ Ikechukwu smiled and nodded. ‘Come here,’ he said.

Nwamgbeke shifted to him and he folded her up.