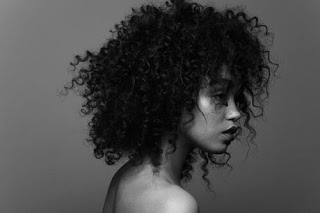 Ikechukwu left the house early in the morning.

Before he left, he’d stopped at the door and turned to Nwamgbeke. ‘Gbeki,’ he called. ‘Gbeki, what is the matter with you?’

On the couch, Nwamgbeke pitched a long hiss and turned her face away.

‘If I have done anything to offend you, why not just tell me?’ Ikechukwu said to her.

Nwamgbeke’s enraged eyes swung to him. She put up her hand. ‘Bia Ikechukwu, take your time! Take your time this morning, you hear me?’

Nnamdi stood in the middle of the stairs, peeping.

‘Is it because of the phone?’ Ikechukwu asked.

‘Ikechukwu, prease face your flont!’ Nwamgbeke’s voice was very high. ‘Face your flont this morning, you hear me?’ She turned away again.

‘Okay, have a nice day.’ Ikechukwu opened the door and walked out.

Nnamdi came into the sitting room. ‘Mgbeke take it easy,’ he said.

Nwamgbeke raised her palm to him. ‘Eh-eh, utu ocha, leave me alone!’

Nnamdi came to sit beside her on the couch. He put his arm round her shoulder. ‘Come na, let’s go inside.’

Nwamgbeke took the hand and gave it back to him. ‘Nnamdi, prease stay on your own. When are you finishing the calcuration?’

‘Did you get the things I asked you to get?’

‘I have them. From university to nta akara.’

‘Good girl! Let me have them.’

‘I giving you photocopy o so that he not suspecting anything.’

‘Sure, sure. Photocopies will do.’

Nwamgbeke walked upstairs and soon returned with the sheets of papers. She handed them to Nnamdi.

‘You going out?’ Nwamgbeke asked him.

‘Yes,’ he said. ‘Let me quickly bring the other things I will need.’

Nwamgbeke nodded. ‘Okay. Going quick and coming now-now o. I need know how much my money is.’

As soon as the door closed behind Nnamdi, Nwamgbeke picked her phone.

On the road, Nnamdi waved down a bike. He jumped on it without a second haggle.

They drove off and Ikechukwu’s car followed them from behind.

The bike stopped in front of a roadside bar very close to a popular junction. Nnamdi paid the bike man and he drove away.

He brought out his phone to make a call.

From a distance, Ikechukwu watched.

Soon another car was parking off the road in front of the bar. Even before the driver of the car came down to meet Nnamdi, Ikechukwu already recognized the car.

He didn’t understand. For long he stared at them without moving.

Recovering, he started his engine, pulled the car round and drove back home.

Nwamgbeke asked him as soon as he got into the house.

‘So you catching them abi?’

‘No? You not catching them?’

‘I couldn’t, I was too scattered to think anything.’

‘Hey, Ikechukwu! Ikechukwu, this your dull baby attitude when it end, when it end? So you just leave them rike that?’

Nwamgbeke watched him totter up the steps. Her eyes remained on him till the last of him disappeared through the stairs.

Nwamgbeke turned to herself. ‘Why somebody will just dull like udu eh? We talk one thing you go do another. Even the day police come, he just licing up and following them rike that. No talking, no stluggling, no question. Mbanu! That is not rife. That is not rife at all.’

The front door whined as it opened, jolting Nwamgbeke out of her mind.

She scowled at Nnamdi as he walked in.

‘Why are you looking at me like that?’ Nnamdi asked her.

Nnamdi stared in confusion. Soon, his bag fell from above and his lips burst open in shock.

Nwamgbeke’s face was mean as she walked down the stairs.

‘Mgbeke?’ Nnamdi called. ‘Mgbeke, what is the meaning of this na?’

Without a word, Nwamgbeke picked his bag and headed straight to the door. Nnamdi ran after her.

Outside, she told Samson to carry him out.

‘Aunty, should I carry him on the head?’ Samson asked.

Upstairs in the ministry building, Chuka opened the door he was directed to and entered.

An elderly man in a native attire sat behind the table, his eyes framed in large transparent glasses.

Chuka greeted him and he asked him to sit without looking up. He was flipping through some papers in a blue file and jotting down notes on a broad sheet spread on his table.

He only looked up when Chuka started with his story.

‘How do you mean Mr Ikechukwu is a fraud?’ the man asked.

Chuka extended the papers he was holding. ‘Look at these, sir, he is not an engineer.’

The man collected the papers from him and looked at them. He bent and pulled out the first drawer of his table.

Checking through Ikechukwu’s file, he raised his eyes to Chuka. ‘He is truly not an engineer,’ he said.

Chuka smiled. ‘I told you, sir. Now that contract must be called off immediately while the commission initiates the process of his arrest.’

The man gave a feeble smile. ‘What is your name, young man?’

‘Can I ask you a question, Mr Chuka?’

‘Do you have any personal issues with Mr Ikechukwu?’

Chuka shook his head. ‘No, not at all,’ he said. ‘I’m just a concerned citizen of the country, that’s all. I bet you know about the recent spate of substandard constructions that go on round the country at this time more than I do. I tell you, this is one step to saving a whole lot of lives, sir.’

‘I see.’ The man was staring at Chuka.

He let out a small sigh. ‘Well, Mr Chuka, however commendable your patriotic act is, I have to tell you that Mr Ikechukwu hasn’t committed a crime.’

‘You see, from what I have here’ –he tapped on the file on the table— ‘—Mr Ikechukwu actually read Microbiology.’

‘Yes, but his technical team is made up of engineers and certified builders.’

The man picked the blue file on the table and opened it. ‘From the papers here, he is only an administrative head. His name did not appear anywhere in the technical team.’

‘That can’t be true,’ Chuka said. ‘He has been building houses for people ever since, he is my friend so I know.’

‘He is your friend?’

Chuka pulled back slightly. ‘Well, not really but I know him very well, sir.’

‘Okay. As long as he has good team of engineers and technical people, he is covered.’

‘So you are saying you can’t arrest him?’

‘He hasn’t committed any crime yet. But if you can get us more evidence to discredit any member of his team, we can work on that.’

Chuka’s gaze stiffened at the air.

He walked out of the commission building a raging mess.

That night, he visited Ikechukwu’s house, masked and armed.

He killed Ikechukwu and raped Nwamgbeke.

But it was only until he got home, panting and sweating, stained all over in his best friend’s blood, that the real truth came out.