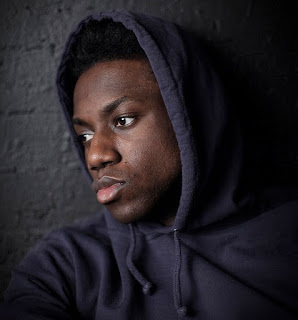 Obinna rolled on his bed.

His thoughts went so deep he wondered if he was going to get any sleep at all this night.

The previous nights had been like this too—eyes open, begging sleep to come.

His thinking now seemed to follow the same pattern every night:


He would remember all the promises he’d made to his mother about 10 years ago—how he’d graduate with good grades and bring massive development to his community.


How he intended to make everyone’s life better.


Papa had been overjoyed when he found out his first child was a boy.


He called him obinnaya: The father’s heart.


Mama’s hopes were raised because in her son, she now saw a bright future for the family.


A life aside cultivating crops and selling plantain.


She almost shed tears when Obinna came out the overall best student at the Community Grammar School.


Obi was so brilliant he started solving Primary 6 maths problems at Primary 3.


He would come home at the end of every session and tell papa he’d come 1st again.


He soon became the topic on the lips of everybody in Nando Community.


When he was offered Medicine and Surgery at UNILAG, they didn’t hesitate to donate even their last coin to see that he went ahead with the admission.


He became the community investment; in him they saw light and liberation to come.


Mama had cried the day he left for school.


His younger sisters too.


Papa stood in the middle of the compound, eyes turned up into the air, hopeful for the best.


Obinna woke with a resounding headache; he must have slept around 4 a.m. or later.


He looked out the window of the flat he now stayed in with his friends, all five of them he had been expelled from school with.


It happened at his 5th year, he was charged with cultism.


There had been social issues. The girls easily ran to him for assignments, but neither of them could agree to date him.


They rubbed his shiny head, but never agreed to anything serious.


Not even Chioma that was the least in beauty.


All Obinna needed to do was gather some respect for himself.


And the only way to do that in UNILAG is to become a Black Mamba.


Obi had shaken his head in disagreement at first, but he finally decided to go through with it.


That night Obika introduced him to the ‘other guys’ and he became a mamba.


Taking his mind back to all these now, hard lumps of air kept running down his throat.


Papa and Mama are waiting.


The whole community is expectant.


Soon the first doctor in their community ever would arrive.


At the dining, Obika and the other boys clustered round the table, hatching up a plan.


It was time to make some real money.


Graduating from school isn’t the only way to success, after all.


The plan was robbery, but they did not know where to rob.


Obinna inhaled deeply and provided them the answer.


Better one big operation and stop than several.


He provided a seemingly peerless strategy which the others easily bought.


Obika advised they visit Baba also, to cement their success in the spiritual realm.


That night they drove off in Obika’s car, armed to the teeth.


Gunshots filled the air as they battled it out with men of the police, a great obstacle to the initial plan.


But he was down the next minute.


And the rest of the gang was captured.


In the police van, dirty and cuffed, Obinna prayed for one last chance to prove himself.


He rose and jumped off the moving van.


Unfortunately, a trailer was speeding past.


Reduced to a bloodied mush on the road, the police men only managed to recover an I.D card.


When the news came, Mama stiffened with instant stroke.


Two mornings after, Papa’s dangling body was found on the mango tree at the back of the house.


Flies were buzzing in the air.

***
Jerry Uke is a student of Computer Science in Nnamdi Azikiwe University.