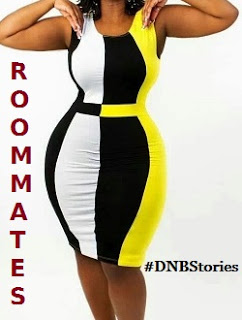 The private clinic, B-Line Specialist has the best of doctors and nurses in town.

But one of the nurses there is possessed.

This problem she’s heard since she was a young girl of about 10.

She likes experimenting, a lot, with body organs!

The actual process of organs and their arrangement into self-sufficient systems in the body of living animals intrigues her.

First, she used lizards and rats and poultry chicks for her experiment.

But when she finally became a nurse, her mental instability was taken to a whole new level.

She found out that there is actually no animal on earth with a more interesting organ system than a human being!

In
her attempt to satisfy what vile curiosity runs through her brain,
she’d caused the death of a lot of patients, and mutilated the bodies of
several corpses.

She carried out unwarranted surgeries on both
living and dead patients, lying to them that she has enough knowledge
and experience.

She once took out a dead woman’s kidneys while checking for babies.

After
she was done, she placed the two bean-shaped organs beside the dead
lady and smiled her crooked smile and said, ‘Look, I think you have
twins!’

This happened many years ago in the first clinic she worked at, before she was caught and dismissed.

She travelled far out of town afterwards, and finally got employed at B-Line.

Nurse Agnes was pricked by joy when Loveth was brought in. She thought she was one of those who would not survive.

The doctor even said she only passed out, and called her case a minor case.

So for quite some time now, Nurse Agnes has not seen a body to experiment with.

And this is beginning to really get to her. Her revolting yearning ever continued to soar.

She thought about resigning and going back to the government hospital where she previously worked at.

More death happened in that place and that meant more bodies to research with.

This new clinic, with all its security and white light and firm surveillance, doesn’t give her joy at all.

But
she is very sure that the last thing the management of the Northern
clinic will ever allow is to agree to have someone as damaged as Agnes
work with them again.

On a second thought, she conjured up an idea.

What if she turned the angel of death herself and did all the work by herself?

That night, she took it upon herself to bring herself some twisted pleasure.

After all, “Only you can make yourself really happy!” is an axiom Agnes had always believed so much in.

So
that night she was on double shift, while everyone had slept, she put
on her mask, wore her gloves and crept into the ward Loveth was in.

Staring at a snoring Loveth, Agnes imagined what large organs she would have.

She might even have more than two kidneys, she thought to herself.

Maybe three, or even four, considering the size!

She took out her lancet from one of the large side pockets of her nurse gown and made her way towards a sleeping Loveth.

Meanwhile, somewhere else on a lonely corner of town, an evil meeting is going on.

‘What if the girl refuses to talk?’ one of the tall figures enclosed in the quiet darkness of the night said.

‘Oh, she will,’ Josh said. ‘She will. Not like she will have a choice than not to, anyway!’

‘This your wife that you are after, how sure are you that she is still in this town? Or even still alive?’

‘Seal up your lips, Frank!’ Josh said. ‘It’s long past midnight, don’t say what will anger me.’

‘Now you go, I will send you the other details of the plan in two days, okay?’

Frank took a step and then turned. ‘Are you not giving me anything for the boys?’

Josh let free a sigh. ‘Franko my
man,’ he called, ‘you and your boys will have to chill a little for
now, at least till I’m able to get all my money resting in the confines
of my darling ex-wife. I’m going broke real quick, you know.’

‘Then you inform your boys of how serious this operation is. It appears our survival depends on it now.’

He tapped Frank on the shoulder. ‘Go! You’ll hear from me again in two days.’

Just beside the gate of Georgina’s lodge, there is a small pharmacy, run by a good-natured fellow called Kenneth.

The tall sweaty woman greeted Kenneth again and then showed him the photograph she has. ‘This is her picture.’

Kenneth collected the photo from her and peered at it.

‘I think I know her,’ he said finally. He made a show of pointing. ‘Georgina, she lives in this lodge.’

The woman deflated in a sigh of relief. ‘Oh thank God,’ she murmured. ‘Thank Jehovah El shaddai! Been searching all week!’

‘She lives here with her roommates,’ Kenneth said, ‘topmost floor, I guess.’

‘Thank
you so much, my boy. May the good Lord of past and present sinners
enshroud you and make you His work till all eternity, just as He’d done
me!’

Not knowing what best to reply, Kenneth said, ‘You are welcome, Ma.’

He stared at the woman again. ‘But who are you to her?’ he asked.

As if prompted by the question, the woman snatched the photograph of Georgina from him immediately.

‘Oh no, don’t say that word ever again, dear boy! I’ve said it enough to the wrinkled old man I once called husband.’

The woman glanced at the chemist. ‘What?’

‘The picture I mean, who are you to her?’

‘Yes,
yes, my boy!’ She snuggled the photograph to her chest. ‘Do you know,
Obika or whatever he is called refused to give me this photograph? Poor
old fool didn’t even acknowledge all my kneeling and crying and rolling
on the dust. Wretched, wrinkled hardened fool! Well, do you know what I
did next?’ She stared at Kenneth. ‘Do you?’

‘No.’ Kenneth shook
his head, though in his mind he was busy searching for the particular
drug that would best suit her condition. He was sure he has no such drug
in his store.

‘I got up,’ Patricia continued, ‘wiped my sorry
face and fake tears and ruined makeup, and I pushed him out of the way!
And here am I now with the image of my beloved little girl breathing on
my chest. Do you ever imagine what it means to be pregnant with twins at
just 18?’

‘I’m sure you don’t,’ Patricia said. ‘But don’t worry, with a tummy like that, you’d soon realize!’

Kenneth
rubbed his stomach. Even a mad woman knows he’d gotten fatter too? Now,
he really was going to consider starting his early morning jogging
again.

‘So Georgina is a twin?’ he asked.

‘Oh, sexy
creation of the Lord, you don’t know too? Not that I blame you anyway,
who could have? I mean, aren’t twins supposed to look alike? Poor young
soul, I heard she died!’

‘The dark one, the one that looked everything like her father! Too ugly for me to be a mother to! Gosh!’

‘I think you should be going now.’

‘Yes, yes, sexy son of the Most High.’ She lifted her bag. ‘I will be seeing you again, cute one.’

Patricia turned. ‘Make no mistake, my sweet boy, I’m neither young nor am I a lady!’

‘Yes.’ Her face changed to inquisitive. ‘Do you sell SK here?’

She walked away and Kenneth finally let off a sigh of relief. 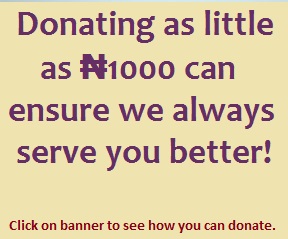