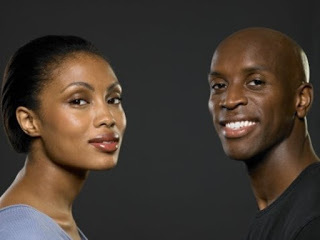 Feminism is not Gender Equality…

If it is, why not we just leave Feminism and go by the more general word—Gender Equality—instead.

Egalitarianism is also a word. And so also is equalism.

I do not support feminism because it favours only women interests.

Had it included men too, nearly as much as it is doing women, then by all means call me one.

Until then, I remain for TRUE equality but not a feminist.

Feminism is a movement only worried about the social issues of women. It assumes that men’s position is privileged and oppressing towards women in all instances.

Gender equality is one of the said goals of feminism, in which all women come to be as privileged as men.

My problem with these ideas is that they ignore all the ways in which women also have “privileges” and men also face issues by being imposed with a certain view for masculinity. This instantly turns all women into victims and all men into perpetrators.

Being oppressed has never been a burden exclusive to women nor has privilege ever been an exclusive advantage of men.

There is no better truth than this:

For each strong woman tired of feigning weakness, there is a weak man tired of seeming strong.

For each woman tired of having to act silly, there is a man weighed down by having to feign he knows everything.

For each woman tired of being classified as an “emotional female”, there is a man whose right to weep and to be delicate has been denied.

For each woman cataloged as not being feminine when she competes, there is a man who obliged to compete so that no doubt arises about his masculinity.

For each woman tired of being a sexual object, there is a man worried about his sexual power.

For each woman who feels herself tied by her sons, there is a man who has been denied the pleasure of fatherhood.

For each woman who hasn’t had access to a job or a satisfactory salary, there is a man who has to assume the economic responsibility of another human being.

For each woman who doesn’t understand the mechanism of a car, there is a man who has learnt the secrets of the art of cooking.

For each woman who takes a step towards her own liberation, there is a man discovering the true meaning of freedom.

5 Comments on “Why I Support Gender Equality but not Feminism”