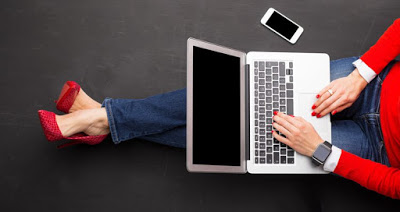 As a young woman, I should be a feminist.

I should stand up for every girl I witness being made fun of for sleeping around, or wearing skimpy clothing that shows midriff.

And, according to the stereotypical view of feminism, I should believe all men are pigs and only be friends with females.

I honestly get mixed messages when I ask what feminism is, what feminists believe in and other questions like that.

At first, I believed it was about the magic word of equality. So, I became a feminist. Or I thought I did.

Last year, I was sitting in my U.S. history class. My teacher was a huge feminist. It’s like purple and yellow threw up in her classroom.

One day during class my friend Becky announced that when she becomes a business owner she’ll refuse to hire men.

Our teacher exclaimed, “I love that idea!”

Then I suddenly became a non-feminist. I’m certainly not against feminism but I wouldn’t put myself in the category of not believing in equality for everyone.

I just don’t get it. We women can vote, attend any college, play whatever sport we please.

Maybe I don’t understand feminism because I haven’t encountered a situation that I was discriminated against because I’m a girl.

I just don’t understand why the feminists I encounter all seem to put down or make fun of men.

If you have any input on anything feminism, I would love to read comments below. There are some days I try to be a feminist, but I just don’t get it.

Are there rules? Regulations?

Do I have to sign up somewhere on a perfumed pink sheet of glitter paper?

This article first appeared on TimesUnion

We should NOT all be feminists

I Am Not A Feminist, And That Is Okay

What are feminists really fighting for?