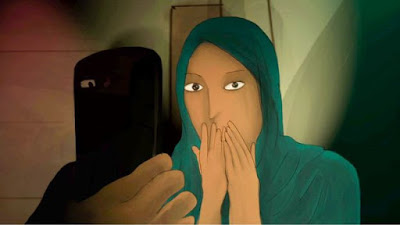 The sexually explicit images or video may be made by a partner of an intimate relationship with the knowledge and consent of the subject, or it may be made without his or her knowledge. The possession of the material may be used by the partner to blackmail the subject into performing other sex acts, or to coerce him or her into continuing the relationship.

In the wake of civil lawsuits and the increasing numbers of reported incidents, legislation has been passed in a number of countries and jurisdictions to outlaw the practice, though approaches have varied.

The practice has also been described as a form of psychological abuse and domestic violence, as well as a form of sexual abuse.

The term is also often misused to describe non ‘revenge’ scenarios, including nonconsensual pornography distributed by hackers or by individuals seeking profit or notoriety.

The images are usually accompanied by sufficient information to identify the pictured individual, typically names and locations, and can include links to social media profiles, home addresses and workplaces.

Victims, whose images expose them to workplace discrimination, cyber-stalking or physical attack, can have their lives ruined as a result.

The announcement was made after a company meeting at which the issue of “illicit pornography—pictures and video—was a burning one”.

Both firms have placed forms on-line for victims to complete. Together the two organizations account for nearly 90% of the internet search market in the US.

Jacobs is also the founder of the Cyber Civil Rights Initiative (CCRI), a nonprofit organization that seeks to challenge cyber harassment.

Danielle Citron, known for her discourse on cyber harassment as a civil rights issue, is an advisor for the CCRI.