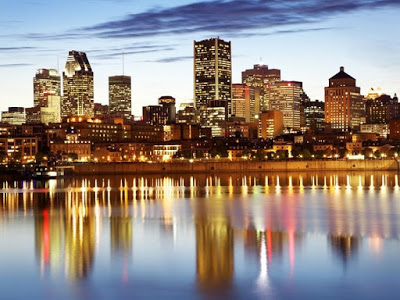 Ten things you should know before moving to Canada:


It’s one of the biggest countries in the world geographically. Don’t think you’ll be able to quickly or cheaply visit most Canadian cities from wherever you live.


Canada only has about 33 million people inhabiting one of the biggest countries in the world, and they are mostly in a handful of cities. Get outside of the cities or southern Ontario and you’ll be going a long way without seeing much except road and empty. There are huge swaths of the country where there are no roads, so all you get is empty. Beautiful empty in lots of places, but empty.


3. Most of Canada is really cold in the winter


Really cold. You can die from exposure easily. Buy the right clothes. Learn what layering means.


4. Canada has over-focused on resource extraction for the past decade


Canada has enormous natural resources. For the past decade, the just defeated government bet heavily on oil from the oil sands as the dominant portion of the economy. Which was kind of stupid and has led to several structural problems in the Canadian economy. Oil is in the dumper, the Canadian manufacturing heartland has been ignored and innovation in modern economies has been paid mostly lip service.

Financial services companies have been heavily focused on oil extraction and shipping too. So there’s a lot of pain in the economy right now, which should be alleviated over the next four years as diversification strategies with the new Alberta and Canadian governments bear fruit and as oil rebounds a bit.

Mostly you can get by with just English in the entirety of Canada, but French is useful in Quebec and parts of the Maritimes you might visit. If your French is a lot better than your English, consider Montreal.

6. The major cities of Canada support every ethnicity in the world


Especially Toronto. If you get homesick, you’ll be able to hear the language of your homeland, get the food and listen to the music. Most of the worst stuff will have been left behind and mostly the innocuous cultural stuff will be available. And if you don’t like the culture, language or foods of your homeland, they will be easy to avoid or ignore.


And that’s a good thing. We have federal elections every four years in which all of the parties and all of their supporters accept the results. No one tries to overthrow the government. We have provincial and municipal elections on a different schedule. And they are peaceful. Canadians get rowdy after hockey games occasionally, but that’s contained and over quickly.

8. Canada has very strong rights and freedoms for individuals


The Charter of Rights and Freedoms pretty much guarantees that you are free to practice your religion, your innate sexuality and to have close to equal opportunity with people of other ethnicities.

It’s not perfect. There’s still discrimination and outright bigotry in Canada, but it’s really subdued compared to most places and if it happens, there are strong legal frameworks enabling you to get justice. And Canadians just voted out a government that was trying to change that because Canadians like it that way.


Not in the British etiquette-is-a-weapon way, but in the basic niceness way. Among other things, that means that vigorously inciting people to violence against people who aren’t like them is frowned on. By the law. Your right to swing your fist stops at the point where someone else’s nose starts, and your right to utter offensive speech stops when you are enflaming people to swing fists at other people’s noses. This isn’t censorship, just sensible.


10. You can drink the water and breathe the air


Most of the time in most of the places. Tap water in Canada is almost guaranteed to be as good as bottled water in many or even most countries around the world. And the air quality — outside of forest fire season in a couple of cities — is better than most cities in the world most of the time.

Born here, live here most of the time…