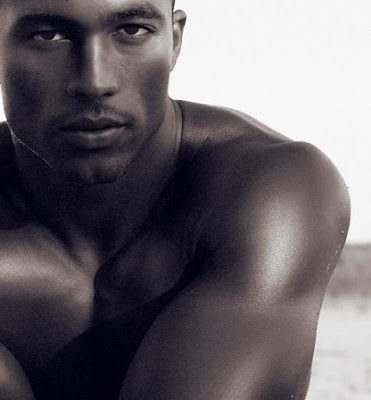 It is a difficult, lengthy dish to make.

A day before, she had carried out a basket full of harvested corms. She set it down in her front, sat down on the dwarf wood stool and began selecting.

Only the right kind of corms must be picked. A single mistake at this time renders the entire cooking useless.

After selecting, she picked her knife and began scraping off the rough, outer covering of the corms.

She was careful so as not to peel, for that was not the intention.

After bringing the corms to smooth and tidy, she brought out the big pot she had washed and packed the corms inside.

She poured water, to the brim, covered and then carried the pot to the fire place.

She made the fire from slender, semi-dry sticks she had gathered. The heat must be right and steady, otherwise the corms might fail to soften.

Replacing burnt sticks from time to time and maintaining the fire for a good number of hours, she finally opened the pot.

The water had dried.

This was the first part of the cooking.

Some hours after, she refilled the pot with water again. She restarted the fire and the second round of cooking began.

By the time the water had dried out again, the corms had turned dark-brown, soft and easy to peel.

But they are not to be eaten yet!

She carried the pot down. Inside the house, she shifted the pot cover a little to facilitate the cooling.

The boiled corms will be allowed to cool not for minutes or a few hours, but overnight, when finally they are now safe to be eaten.

The special sauce the cooked corms are served with, called ncha—yellow, pasty and deliciously spicy was much easier for Uzoma to make.

She had used akanwu (trona), a few pods of fresh okra, lots of dry pepper and ehu (African nutmeg).

She nodded when she tasted the smooth, yellow outcome with a finger.

She added a little more salt, turned the paste again and tasted.

Onyemaechi watched her as she ate and hummed in pleasure.

Uzoma licked her fingers and turned the other way.

Onyemaechi, crippled on the mat nearby, began to cry and curse.

When his noise became too loud as to disturb Uzoma’s meal, she stood, carried her food and jug of water and entered the house.

She only came out again when she heard the sound of a motorcycle stopping at the gate.

She stood at the cement veranda, craned her neck and peered.

Finally, the gate was pushed in and Ejike and Sammy came through, carrying their bags and a frown indicative of a previous argument.

Seeing them, Uzoma swung round and entered back into the house.

Every sign of her cocoyam, ncha sauce, anything that showed she was initially eating had disappeared before Ejike and his wife could get to the veranda.

Onyemaechi’s eyes remained on them, appearing not to recognize who they are. ‘Ndi ole? Who are you?’ he finally asked.

‘Oh,’ Onyemaechi said. ‘Nnaa nno—welcome.’ He made a show of pointing. ‘The sun has gone down and I do not see well with this eye anymore.’

‘Where is Mama?’ Ejike asked.

Onyemaechi feebly pointed again. ‘Inside. Go inside and meet her.’

Sammy was opening one of the bags she was carrying.

‘What are you doing?’ Ejike asked her.

‘Let me give him the bread we bought.’

‘Leave it, let’s go inside first.’

A few hours later, at the compound across the wall, another couple arrived.

Though unlike Ejike and his wife, they came in their own car. A recent model Nissan SUV.

But the facial expressions were quite similar—that strong, straight look married couples wear all the time.

Chinelo was not around to welcome Phillip and his wife.

But she soon returned, a bunch of grass and cut shrubs on one of her shoulders.

A very excited Chinelo tried to pick the boy up, but couldn’t.

‘No, Mama, you can’t,’ Amaka said. She bent and picked the bunch of goat fodder Chinelo had come in with.

‘Drop it, it will stain your clothes,’ Chinelo said.

‘Okay,’ Amaka said. But she did not drop the fodder.

‘He will be coming later. As soon as the semester is over.’

‘Mbanu,’ Chinelo said. ‘Unu aka echenu—you should have waited for him.’

‘Long story?’ Chinelo’s face changed at once. ‘Odikwana mma? Is everything alright?’

‘I left him a message,’ Phillip said instead. ‘He won’t have any problem when returning.’

And it was only then that Chinelo turned and saw all the bags loaded in the car they’d come with.

And the shrewd old woman immediately understood how very long the story of this return might be!

Rita stared at her daughter as she struggled to get the stove on and burning.

‘Fiona!’ she called when she saw the girl was not doing it right.

‘That’s not the way I told you to light a stove,’ Rita said. ‘I always tell you to turn up the wicks first and then use a broom stick—’

‘I’m tired. I’m tired of this life, this small house, the heat and the mosquitoes, I’m tired!’ She kicked at the stove. ‘This miserable stove too! I want to go home. I want to go back home.’

‘This is your home now, how many times do I have to tell you that?’

‘No, it is not. I know my home. I was happy there before you asked me to follow you to this stupid and dusty town. I am tired.’

‘Now shut up and stop behaving like a spoiled brat. Your father is a monster, is that really the man you would want to go back to?’

‘He may be a monster to you but he is not to me! He took care of me. He took me places. He bought me things, expensive things, and always made sure that I am fine. I never had to cook before in my life till you brought me to this ugly place!’

‘Mummy! It’s always about you. You here, you there, everything must be about you. Didn’t you hear what Mrs Carol told you the other day? She is your friend, did you not hear what she said? That her husband beats her too, all the time. Yet she stayed. She endured.’

‘I am your mother and I will not have you talk to me like that, do you hear me?’

Fuming and rubbing her slapped cheek, Fiona kicked the smoke-stained pot and the white yam cubes it contained fell all away.

She stormed into the room, leaving a stiff, disoriented Rita all by herself at the veranda.