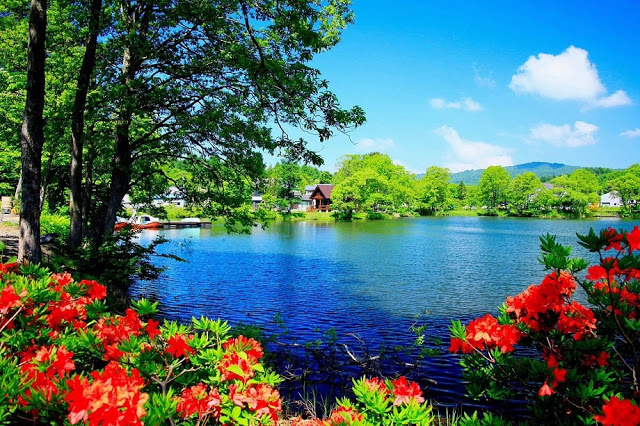 Feeling down? Just take a hike.

A Stanford-led study finds quantifiable evidence that walking in nature could lead to a lower risk of depression.

Specifically, the study, published in Proceedings of the National Academy of Science, found that people who walked for 90 minutes in a natural area, as opposed to participants who walked in a high-traffic urban setting, showed decreased activity in a region of the brain associated with a key factor in depression.

“These results suggest that accessible natural areas may be vital for mental health in our rapidly urbanizing world,” said co-author Gretchen Daily, a professor in Environmental Science and a senior fellow at the Stanford Woods Institute for the Environment.

“Our findings can help inform the growing movement worldwide to make cities more livable, and to make nature more accessible to all who live in them,” Professor Daily said.

Another research also shows that something as small as seeing a pear tree every day could have a real impact on somebody’s mental health.

A recent report from Natural England demonstrates that taking part in nature-based activities helps people who are suffering from mental health problems and can contribute in reducing levels of anxiety, stress, and depression.

More than half of the world’s population lives in urban settings, and that is forecast to rise to 70 percent within a few decades.

Just as urbanization and disconnection from nature have grown dramatically, so have mental disorders such as depression and anxiety.

People born and raised in cities are also twice as likely to develop schizophrenia.

The field of ecotherapy—the idea of connecting to nature to aid well-being—isn’t particularly new.

In his 1984 book Biophilia, Edward O. Wilson put forward a theory that the affiliation we have with nature is rooted both in our biology and genetics.

In Norway, 19th-century poet Henrick Ibsen coined the word “friluftsliv“—meaning “open-air living,” which has since turned into a Scandinavian cultural phenomenon.

The philosophy embodies the idea that nature is our one true home.