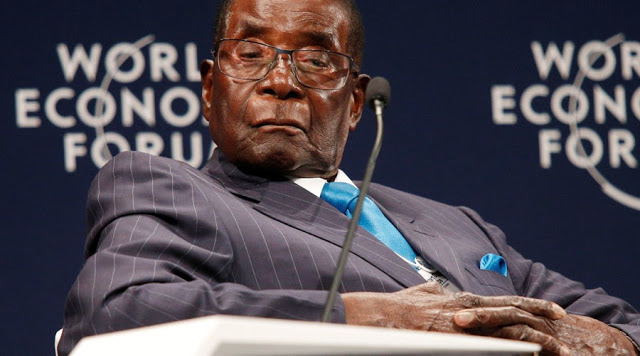 Zimbabwe is the most highly developed country in Africa after South Africa, President Robert Mugabe has said.

The 93-year-old leader of Zimbabwe who is seeking reelection next year, has rejected the view that his country is in economic turmoil.

Mugabe instead claims Zimbabwe is the second most developed nation in Africa, while calling the US “fragile.”

“Zimbabwe is not a fragile state, it is one of the most highly developed countries, second after South Africa,” he said at the World Economic Forum for Africa.

“You cannot even talk about us as a ‘fragile state’ from an economic point of view.”

“I can call America fragile, they went on their knees to China,” he added.

Mugabe has ruled Zimbabwe since 1980, first as prime minister and later as president.

Under his leadership, Zimbabwe has experienced numerous economic woes, including the notorious hyperinflation of 2007-08, which at one point was at hundreds of millions of percent – with prices doubling about every 20 days.

Eventually the country abandoned the national currency and introduced a new one pegged at par with the US dollar.

Zimbabwe has been struggling to pay its civil servants recently and is ranked 24th on the UNDP’s Human Development Index for Africa.

Government policies, including the confiscation of property from white owners and unchecked printing of money, were among the factors contributing to the country’s troubles, according to critics.

Among the problems the country currently faces are a budget deficit that leaves it struggling to pay civil servants and power shortages due to droughts hindering hydropower generation.

During the panel session, Mugabe boasted that Zimbabwe had 14 universities and a 90 percent rate of literacy, offering this as evidence of the country’s level of development. He also said Zimbabwe was rich in natural resources.

“We have a bumper harvest, maize, tobacco, and other crops. We are not a poor country,” he said.

Last year, more than four million people were in need of food aid in Zimbabwe after rains failed.

Mr Mugabe is expected to run for the presidency again in mid-2018, despite his old age, reportedly ailing health and many protests against his policies.

He insists he has strong support across the country.

South Africa President Jacob Zuma has reportedly said that he agrees with President Robert Mugabe’s views that Zimbabwe is “mischaraterised”.

“Well, I think the president answered that very well in the discussion because he indicated and said it is the view of others to call it fragile, but as far as he is concerned, he described how Zimbabwe is, and I agree with the president,” Zuma was quoted as saying by The Herald.