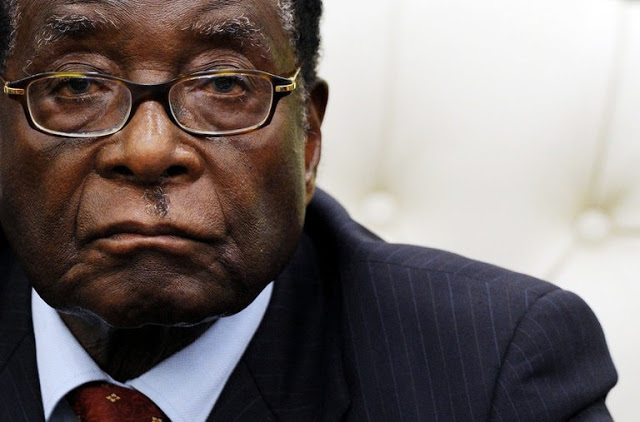 Zimbabwe’s longtime president Robert Mugabe has died at the age of 95 after a brief illness.

Mugabe’s death was announced by the office of Zimbabwe’s president on Friday morning.

“It is with the utmost sadness that I announce the passing on of Zimbabwe’s founding father and former President, Cde Robert Mugabe” — Zimbabwe’s current president, Emmerson Mnangagwa, tweeted.

Other African heads of state have also been issuing their condolences.

Kenyan president Uhuru Kenyatta said: “In this moment of sorrow, my thoughts and prayers go out to his family, his relatives and the people of Zimbabwe who, for many years, he served with commitment and dedication.

Here is a brief look into the life and death of the man who ruled Zimbabwe for nearly four decades, before he was forced out in a military coup in November 2017.

1. He died in a foreign hospital

During his life, Mugabe remained an ardent critic of western influence. Some of his more popular quotes are:


“The only white man you can trust is a dead white man” and “Our party must continue to strike fear in the heart of the white man, our real enemy!”

According to family sources, Mugabe had been traveling regularly to Singapore for treatment before finally passing away in the same clinic in Singapore.

The healthcare system in Zimbabwe deteriorated under Mugabe’s rule.

Mugabe garnered over 18 academic degrees during his lifetime, including over 10 honorary degrees. Some of his honorary degrees were revoked following his various non-progressive principles and courses of action as president.


Mugabe came to power at Zimbabwe’s independence from Britain in 1980, after a guerrilla war ended white-minority rule in then-Rhodesia.

He was heralded as a model leader — but that image steadily eroded over time as his leadership became increasingly more authoritarian. Under Mugabe, both democracy and the economy of Zimbabwe suffered.

4. His strong aversion to LGBT rights


Mugabe, all through his rule as president, actively carried out actions against LGBT people living in Zimbabwe.

Same-sex marriage is banned by the Zimbabwe Constitution, and LGBT people enjoy no legal protections from discrimination, violence, and harassment. Members of the LGBT community are heavily marginalized in both legal and social spheres. As a result, many choose to remain in the closet, commit suicide, or move to South Africa.

One of Mugabe’s most remembered controversies would be when during an address at a United Nations General Assembly meeting, he exclaimed: “We are not gays!”

However, since Robert Mugabe’s forced removal from the presidency in November 2017, LGBT activists have expressed hopes that their human rights will be respected.


Mugabe may have started as a hero, but he definitely didn’t end as one.

Once, during an interview, Mugabe’s insistence on remaining power was confronted.

He replied thus: “If people say you are a dictator … they are saying this merely to tarnish you and diminish and demean your status.

In the disputed 2013 elections, Mr. Mugabe was again declared the clear winner, ending the power-sharing arrangement with Mr. Tsvangirai.

Many Zimbabweans seemed resigned to this display of Mr. Mugabe’s thirst for power.

One Comment on “Everything to know about Zimbabwe’s late president, Robert Mugabe”