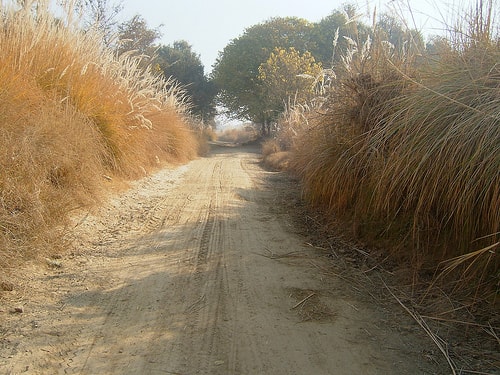 Uzoma’s eyes darted round the compound. In a matter of seconds and she had seen what she sought— igbeguru! The cut end of a palm frond with its long and dangerously curved spines.

She flew towards it at once.

Seeing her pick it up, Sammy screamed and took off.

Glimpsing the situation, Amaka swung round, threw the gate back open and disappeared through, Sammy following suit the same instant.

In a few seconds she was already catching up with the girls.

‘What did you do to her?!’ Amaka asked Sammy, under a breathless voice.

‘I don’t know o!’ Sammy zoomed past her.

Onyemaechi’s close friend, Enenie-Nwangene, was on his way to the house to see his friend.

Seeing the running girls, he halted. ‘Hey, what is pur—’

Amaka and Sammy had sped past him before he could complete this statement.

Enenie-Nwangene only now stared at them.

Turning, his eyes bumped into Uzoma and her long weapon.

But it was too late to dodge her and before anything else, the thin-bodied old man found himself tumbling on the cassava bush that bordered the path.

Uzoma did not even bother to turn and check the man she’d knocked off the road; she ran up still, the big frond held up in the air.

Enenie-Nwangene spat out sand and leaves that had gotten into his mouth. His mouth remained open for long, eyes wide and straight. Finally he shook his head and murmured: ‘Eventually this woman’s madness has come rife.’ He stared emptily ahead for some time more, then shook his head again before struggling to rise.

Uzoma had gotten very close to the wider village path, the one that ran through the middle of the village, all the way up to the tarred major road ahead before she finally grew tired and stopped.

She glared, cursed and then turned back.

Finally, Amaka and Sammy stopped too.

Sammy looked round for a place to sit.

She finally saw a tree stump at the edge of the road and started towards it.

But before she could get to it, she lost control of herself and slumped to the ground.

Amaka’s wide eyes flew to her.

‘You are new to this village?’ Ejike asked Rita.

Finally, she raised her face and looked at him. She stared at him. ‘You said?’

‘I asked if you are new to this village.’

‘So your daughter, what exactly happened?’

‘I can’t explain. She’s been very angry with me lately but I never thought it’d come to this.’

‘I never thought she’d ever think about this.’

‘You think she ran away?’

Rita’s eyes ran to Ejike, cutting him off. ‘What?’

Wanting not to stress the lady any further, Ejike completed: ‘Don’t worry she’ll be back.’

‘I am thinking of going to the police to make a report.’

‘She is an adult already. You don’t need to be so concerned.’

‘I said don’t worry. She probably is in one of her friend’s house.’

‘The only friend she has stays in the same building as us.’

‘She is 20 years old, do you really think you know all her friends?’

‘She’ll return, I assure you. Give her a couple of hours and she would have come back to her senses.’

Rita forgot her eyes on him again. He reminded her of someone she once knew. The feeling was strong, but she couldn’t quite precisely place it.

She stood and dusted her wrapper. ‘I’ll be going home now, thank you so much for—’

Ejike stood too. ‘I will walk you home.’

Rita’s eyes were on him again. He didn’t say ‘Let me walk you home’ or, more suppliantly, ‘Can I walk you home?’— so that Rita would say something like ‘Oh no, don’t bother yourself’—he said ‘I will walk you home’, leaving no room for her denying or accepting.

‘Okay,’ Rita finally said to him.

And the two started away. 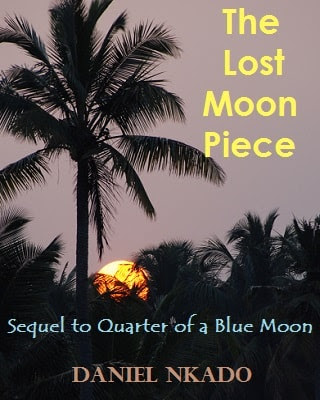 ‘I said I’m fine!’ Sammy said. She turned to the young boy standing with them. ‘Pour more of that water on me please.’

The boy obeyed, Sammy rubbing her face over as the cold water flowed on her.

‘This is surprising to me,’ Amaka said.

‘Me too,’ Sammy said. ‘I just felt suddenly woozy.’

‘I still maintain we go to the hospital. St. Mary is just down the road, we could use a bike. And they have very good doctors there.’

‘I am fine.’ Sammy stood, leap to her feet actually—as if to reassure Amaka that she truly was fine.

‘I will be going now,’ the boy with them said.

Amaka turned to the boy. ‘Ndubuisi, we have finished your water.’

‘Don’t worry. The tap is still running and people are few; I will go and fetch another one.’

‘Thank you. Greet your sister for me, inu.’

As they walked home, Sammy told Amaka she’s been urinating frequently for some period of time also, and has been feeling a kind of pain in her lower abdomen.

Amaka halted, suddenly. She felt Sammy’s face, pressed each of her eyes down with a finger. ‘You look fatter. When last did you see your period?’

‘How will you know?’

‘Don’t worry, just know that I am not pregnant.’

Still, when they got to the house and Uzoma saw them and picked the frond again, Amaka shouted at her: ‘Ogini? What is it? Why are you chasing a pregnant woman around like that?’

Uzoma stopped and stared at them.

Sammy walked to the water container, took some water in a bowl and poured on her legs and the rest on her face.

Then she entered the house.

‘Ishi gini?’ Uzoma said to Amaka. ‘What did you just say?’

‘She is pregnant, how can you not know?’

Uzoma stared at her. But instead her face cracked in amusement. ‘This one pregnant?’ she said. ‘At her age? Nne, ede esiri no oku a na epu ome, gbo? Have you ever seen a cooked cocoyam sprouting leaves? Leave that matter! That girl inside is my mate in age, that is if she is not even older than me.’

Amaka scowled at the old woman.

Inside the room, Sammy took off all her clothes. She came to stand before the cracked mirror on the wall, watching her naked belly. It really has gotten bigger, somehow.

She couldn’t wait for Ejike to come home, so that she’d yell at him. If not slap him.

If truly he has finally succeeded in getting her pregnant, it might as well mean the end of this marriage.