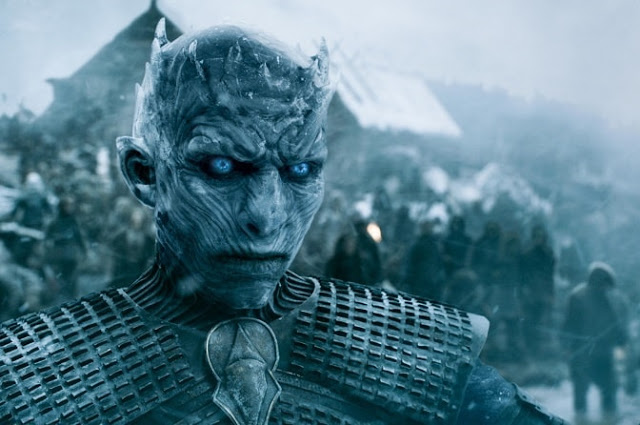 We’re all rather devastated that Game of Thrones has come to an end.

After a dramatic finale and a season stuffed to the brim with big plot progressions and impressive character developments, we finished season seven not with a slow clap of appreciation, but, instead, an instant craving for the next batch of GOT episodes.

Alas, the next (and final) series of Game of Thrones won’t be with us for at least another year, but there’s one thing you can rely on during this downtime:

And, boy, do we have a big one for you this time!

Found in the depths of Reddit, a theory is floating around that the character who will kill the Night King is none other than one and only Jaime Lannister.

Well, because it fits perfectly with the Game of Thrones tendency to want to round out their character’s fate—turning villains into unexpected heroes and letting the characters fulfill prophecies set out seasons ago.

And here is how Jaime will do just that if he murders the Night King.

As we all know, Jaime is famously known as the Kingslayer, after murdering the Mad King (Aerys Targaryen II) when he was serving as his Kingsguard. Though he did this for a semi-good reason—as the King was a certified psycho trying to burn the whole of King’s Landing down—Jaime got a bad rap for it as he betrayed his oath to Aerys, because they are all about being loyal and moral in Westeros.

At the end of season seven, we saw Jaime finally abandon Cersei after she put her own selfish gain above the fate of the world, and he trotted off as a one-man army to Winterfell to help fight the Army of the Undead.

Jaime’s conversion to Jon Snow and Daenerys’ side means that he may be on the front line of the ‘Battle of Fire and Ice’ that is sure to happen in the final season of Game of Thrones.

Here, Jaime could have the chance to kill the Night King, and if he succeeds, he would become the true Kingslayer—in sort of a good way now.

In other words, the Lannister twin could rewrite his title to be a positive thing—fulfilling his role as the Kingslayer that people needed and helping win the war against the White Walkers.

But this is only just one of the theories that have risen in recent times.

In one, it was proposed that it certainly is Arya Stark that would kill the Night King.

And how is good-girl Arya going to do that?

She is going to pretend to be a dead girl, sneak up behind the Night King and stick her Valyrian steel dagger right through his ice-cold heart.

Yes, with the same dagger that she got from The Three Eyed Raven (Brandon).

“That’s why the story has gone to a great extent to turn her into a killer fighter with magical powers!” our informant added.

Two theories now — Jaime and Arya, who do you think it is going to be?