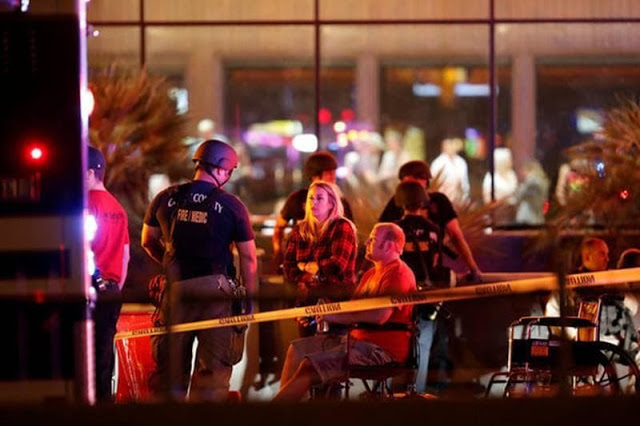 During an interview this morning with CNN, a witness to the Las Vegas shooting said that he now believed in God.

Taylor Benge first told anchor Rick Berman a harrowing story about how his sister jumped on top of him in case there was gunfire in their direction. There wasn’t, thankfully, and both siblings escaped unharmed.

He also explained how the awful incident changed his own mind about God’s existence:

“… I know I can’t speak for everyone, but for me… I was Agnostic going into that concert, and I’m a firm believer in God now, ’cause there’s no way that… all that happened, and that I made it, and I was blessed enough to still be here alive talking to you today.”

It would be unfair to criticize Taylor for sharing his honest thoughts, especially after what he just went through.

If he now believes in God, I certainly have no business telling him he’s wrong.

But I think it’s only fair to point out that the same God he (now) thinks blessed him didn’t feel the same way about 58 people (and counting) who were slaughtered by a man with a weapon and at least 500 others who were wounded.

It’s been said before, but comments like these are the equivalent of thanking a serial killer for going to the neighbor’s house instead of yours.

It’s not worth praising a god just because you were fortunate enough to make it out alive while so many around you suffered.

He is also a contributor for patheos.com.