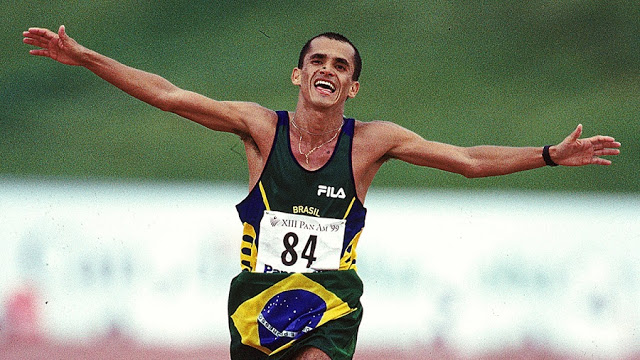 Vanderlei Cordeiro de Lima is a former long-distance runner who specialised in marathons.

Vanderlei de Lima was the leading runner in the 2004 Summer Olympics marathon.

At his pace, he was sure to win first place and secure the gold medal which would have brought pride and glory to his family and country.

Near the end of the marathon, he was suddenly attacked by a spectator. The spectator actually sidelined into him. Intentionally. In public.

That brief, 10 second-long distraction was enough to completely disrupt De Lima’s mental and physical rhythm, both of which are critical to running long distance marathons.

He was quickly surpassed by two other runners and was evidently off his game for the remainder of the marathon.

He finally finished in third place in surprisingly good spirits and received the bronze medal.

What people remember is that he crossed the finish line with a smile despite what had happened to him just moments before.

This was a man who was robbed of his well deserved first place and an Olympic gold medal in a matter of seconds.

Imagine training for something your entire life and being so close to accomplishing something extraordinary. Something that brings you, your family, and your country great pride and happiness and puts you in the history books.

Only to be robbed in a matter of seconds in the most outrageous and nonsensical way possible. By something that should never have happened in the first place.

But he pushed past, he ran, and he finished.

Even after the fiasco, words like “furious” or “hatred” were evidently not in De Lima’s vocabulary. Holding a relentless vendetta against his attacker was clearly not important to him.

Even when a fellow Olympian earnestly offered his own gold medal to De Lima, De Lima responded “I am happy with mine – it is bronze but means gold to me.”

De Lima went on to win a variety of awards commemorating his self-discipline and spirit of sportsmanship.

He also went on to light the cauldron at the 2016 Rio Olympics. 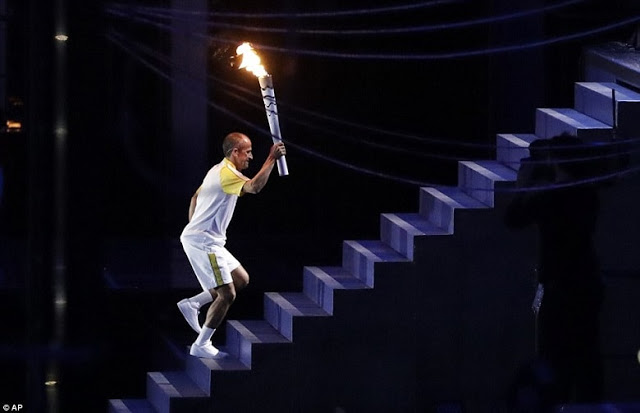 He truly lives a life of no regrets.

And do you know what?

I don’t remember who won first or second place in that 2004 Summer Olympics Marathon.

But we all remember Vanderlei Cordeiro de Lima, a true legend.

From my understanding the man who grabbed De Lima was later arrested and suspended. I did some research and apparently the distractor is someone called Neil Horan who seems to be a religious priest.

As to why he did it, there doesn’t seem to be any clear explanation.

He received a lighter suspension sentence from the judge on the grounds of his “mental state.”

The incident seems to be more revolved around religious grounds too.