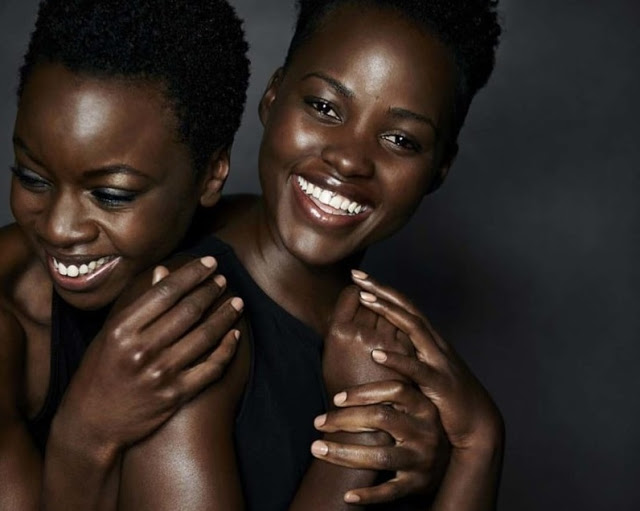 There are reports of a lesbian romance that didn’t make it to the final version of Black Panther movie.

When the film was announced, fans were excited by the prospect of Okoye and Ayo, two of T’Challa’s bodyguards, getting together as Ayo and fellow female warrior Aneka do in the original comics. ﻿

And these hopes were encouraged by reports that an early screening of the film featured Walking Dead star Danai Gurira (Okoye) staring at Ayo flirtatiously as the two danced.

“In the rough cute of this Black Panther scene, we see Gurira’s Okoye and Kasumba’s Ayo swaying rhythmically back in formation with the rest of their team.

Okoye eyes Ayo flirtatiously for a long time as the camera pans in on them. Eventually, she says, appreciatively and appraisingly, ‘You look good.’ Ayo responds in kind. Okoye grins and replies, ‘I know.’”

The enthusiasm provoked by this soon dampened, leading to accusations of LGBT erasure after Marvel quickly denied the conclusions drawn by those who watched the scene.

A Marvel spokesperson also confirmed that “the nature of the relationship between Danai Gurira’s Okoye and Florence Kasumba’s Ayo in Black Panther is not a romantic one.”

This sparked a movement around the hashtag #LetAyoHaveAGirlfriend, similar to the #GiveCaptainAmericaABoyfriend campaign last May prompted by the release of Captain America: Civil War.

Unfortunately for the campaigners, it was unsuccessful.

In fact, in the final version of the film, Okoye is depicted as ‘very straight’ and in a relationship with W’Kabi, played by Daniel Kaluuya.

Black Panther co-writer Joe Robert Cole, who has been nominated for an Emmy for his work on American Crime Story, talked to ScreenCrush about what fans have called a lesbian erasure.

He explained that presenting Ayo and Okoye as a lesbian couple was a possibility at one stage, but it wasn’t seen to completion.

In the interview, Cole was asked if there was any intention to make a gesture toward the contemporary storyline in the film.

Cole’s response becomes less definitive towards the end. “I can’t remember the exact exchange you’re talking about, but I think it was really brief,” he said. “I’m not sure.”