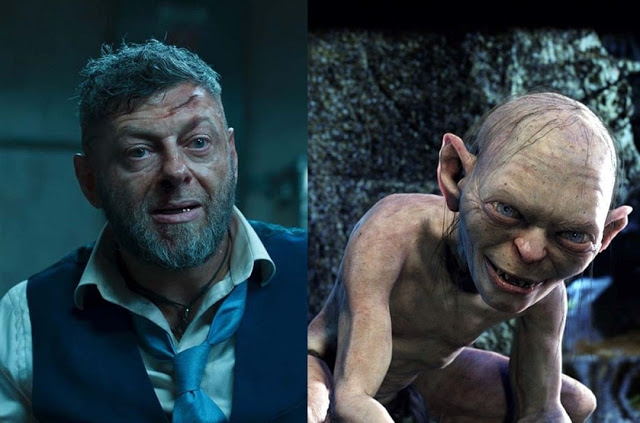 Andy Serkis is an English actor and movie director.


Klaue first appeared in the 2015 film Avengers: Age of Ultron, as a thief that successfully stole a large amount of Vibranium from Wakanda.

Klaue was one of the people essential to Ultron’s plan, where he was forced to give Ultron the Vibranium he possessed before being compensated when the android filled his bank account with billions of dollars.

Klaue accidentally enrages Ultron by pointing out the android’s similarity to Stark, which causes Ultron to sever half of Klaue’s left arm.

After the events of Age of Ultron, he has replaced his arm with a prosthetic that contains a retractable piece of advanced Wakandan mining equipment as a sonic disruptor arm-cannon.

It is revealed that Klaue received help from a rogue Wakandan Prince named N’Jobu to steal vibranium from the country.

Following a sting on a Korean casino, Klaue is apprehended by Black Panther and interrogated.

After springing him from CIA custody, Erik kills Klaue and brings his body to Wakanda as an offering to gain access to the throne.

Way before playing Klaue, Andy Serkis was most known for his portrayal of Gollum (Smeagol) in the Lord of the Rings franchise.

Serkis also plays Supreme Leader Snoke in Star Wars, a Force-sensitive humanoid alien who ruled the First Order as Supreme Leader approximately thirty years after the Battle of Endor.
Share this post with your friends: