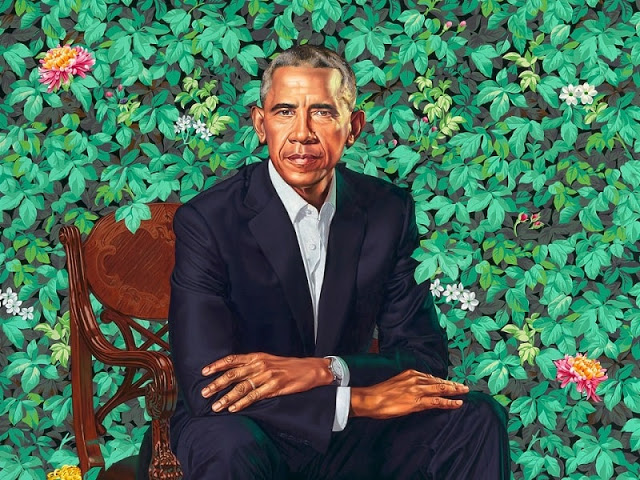 If you didn’t know artist Kehinde Wiley before, there’s every possibility you now will.

He is the painter behind former President Barack Obama’s stunning official portrait, which was unveiled on Monday at the Smithsonian National Portrait Gallery.

“It’s a huge responsibility,” Wiley told The Guardian in 2017.

“How about that? That’s pretty sharp,” Mr. Obama said as he saw his picture for the first time.

“I tried to negotiate less gray hair and Kehinde’s artistic integrity would not allow (him) to do what I asked.”

“I tried to negotiate smaller ears. Struck out on that as well.”

Who is Kehinde Wiley?

Kehinde was born South Central, Los Angeles in 1977, where he was raised by a single mother and was one of six siblings. His father is from Nigeria, West Africa.

Kehinde is based in New York, but has studios around the world in Beijing and West Africa, where his father is from.

Kehinde is known for his highly naturalistic paintings of African-Americans.

In 2009, Michael Jackson commissioned a portrait, which wasn’t painted until after the king of pop passed.

Kehinde has also painted rappers LL Cool J and Ice-T, along with soccer royalty around the world.

And while he has not done a portrait of Beyoncé, some have mused that his work was an influence on her famous pregnancy photo-shoot. 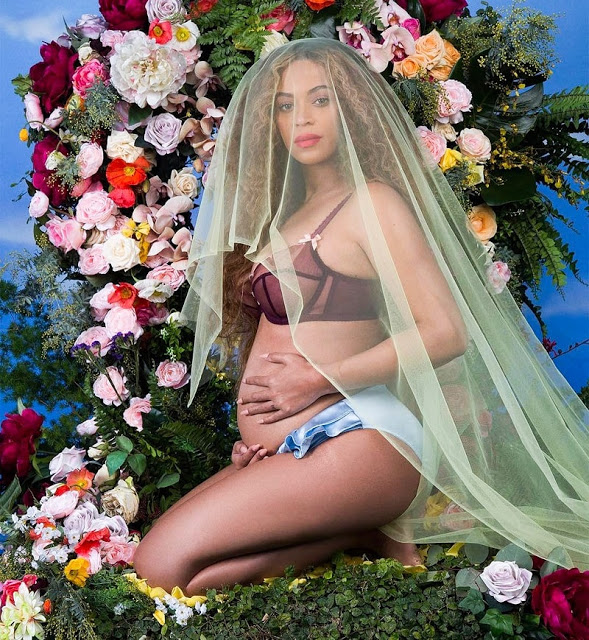 Two of Kehinde’s paintings from 2012 depicted the image of a black woman holding the severed head of a white woman. 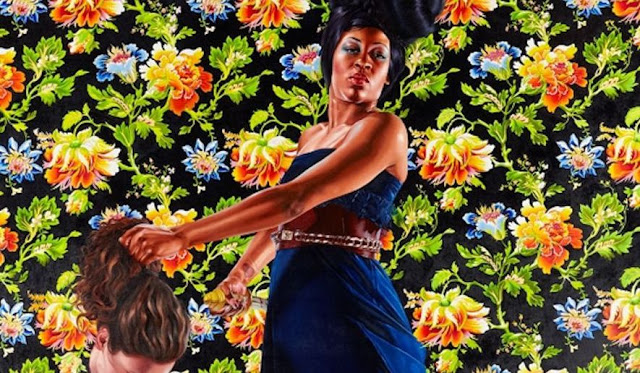 The painting generated some controversy and describing the painting, Wiley said: “It’s sort of a play on the ‘kill whitey’ thing”.