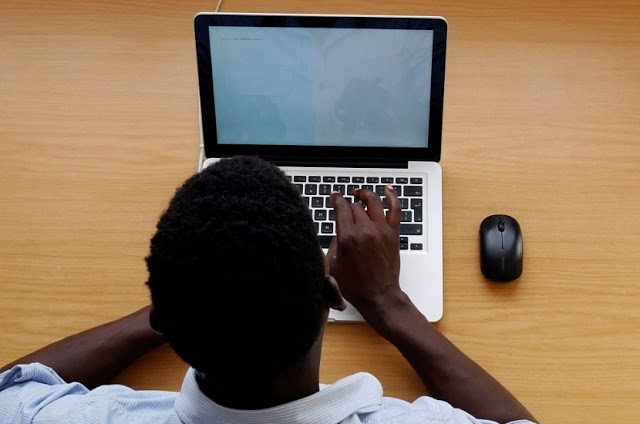 Internet fraud has a special name in Nigeria: “Yahoo-Yahoo”.

It is a special form of the advance-fee fraud (called 419) that takes place over the Internet. Thus, “Yahoo-Yahoo” is sometimes called “online 419”.

The number “419” refers to the section of the Nigerian Criminal Code dealing with fraud, its charges and penalties for offenders.

Yahoo Mail is one of the first and used to be the most prominent email service provider used in Nigeria. Because most forms of internet scams involve email exchanges, mostly done over Yahoo Mail or the defunct Yahoo Messenger, the term “Yahoo-Yahoo” quickly became the Nigerian name for internet scam.

Those in the business of “Yahoo-Yahoo” are called “Yahoo Boys”, and some of them, many sources have reported, have become filthy rich from the criminal act.

Each scheme style comes with its format and strategies, aimed to ensnare victims, who as the case may be are meant to send money to the fraudsters without ever realizing they are being scammed.

Victims are known by the scammers with names like “Mugu” or “Maga” — both Nigerian pidgin words for “Fool.”

Though anyone could be a target, most victims of Yahoo-Yahoo are non-nationals — unsuspecting foreign men and women desperate for love or lucrative business deals.

Many reports have claimed that it takes very high levels of brainpower to succeed as a Yahoo Boy, yet most of these boys are undergraduates in their teens and twenties.

Multiple sources have also confirmed that an advanced version of the “Yahoo-Yahoo” scam called “Yahoo Plus” has emerged which involves charms, rituals and other forms of diabolism.

Yahoo boys often work in groups and mostly live in secluded parts of town, making it difficult for the authorities that regularly hunt them to reach them.

According to numerous sources, while Nigeria is most often the nation referred to in internet scams, this type of fraud may originate in other nations as well.

Other nations known to have a high incidence of internet scams include Ivory Coast, Ghana, Togo, South Africa, the Netherlands, and Spain.

One reason Nigeria may have been singled out is the apparently comical and quite popular “Nigerian prince” style of scams.

In this format, scammers lure their victims with the promise of offering them West African riches for a small amount of money.