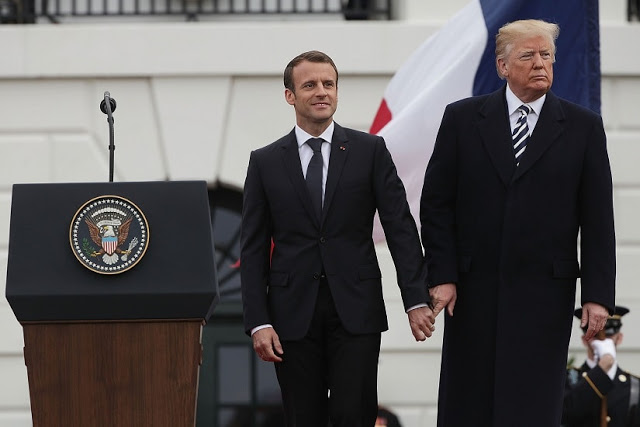 From frequent handshakes and perks to nuzzling, the latest meeting between French President Emmanuel Macron and President Donald Trump featured one prominent thing — a lot of incredibly awkward touching.

Even during a press conference in the Oval Office, Trump paused his speech just to brush off an alleged bit of dandruff off the French president’s shoulder.

“But we do have a very special relationship. In fact, I’ll get that little piece of dandruff off,” the President continued, turning to Macron and wiping an invisible flake on dandruff off his shoulder.

“Just a little piece!” he assured the French president. “We have to make him perfect. He is perfect.”

IJR Blue made this video: Follow their page HERE.