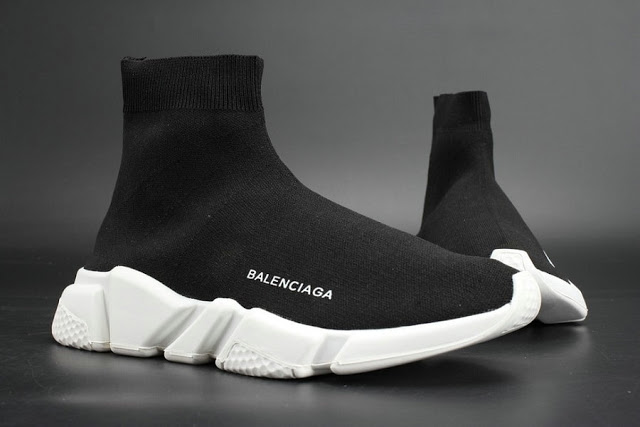 From their shoes to handbags, the Balenciaga brand is popular and well sought after.

While everyone wants to wear them, they are not cheap.

A pair of Balenciaga sneakers can cost anything from $600!

Due to the brand’s popularity and reputation, many manufacturers have resorted to making cheap replicas to target those who cannot afford the insane price tags of the original products.

For this reason, potential customers are constantly inquiring how to tell the real and fake product apart.

And, believe me, that is not an easy thing to do.

The number of fake products that circulate round Africa is far greater than that of real ones. Even many Nigerian celebrities have been known to flaunt fake brands.

If you are bent on finding out how to spot a fake Balenciaga product, keep reading:

Buying a brand-new Balenciaga for anything less than $300 should tell you the material is probably fake, especially when buying in Nigeria where shipping costs add to the price.

Still, this point is not enough as many dubious retailers have been known to sell fakes at ridiculously high prices, sometimes even more than the cost of the real ones.

To make matters more complicated, some brands, like Michael Kors, specifically design cheap replicas of their products for off-price retailers like TJ Maxx and Ross.

These designs will still have the normal list price tag attached, but will generally sell for less.

For example, a brand new Ralph Lauren men’s polo shirt might have a price tag of $95, but only selling at around $25 or $30!

The point is that the product is still genuine (because it comes directly from the real company) — it’s just the arrangement most designers have with these stores.

That is, they purchase items that have not sold in other name brand department stores such as Macy’s, for example.

These items are in good condition, but probably did not sell because of their color or design, or the item wasn’t trendy enough during that time of the year, etc…

Original Balenciaga usually comes with a non-transparent white dust bag in the product box. This is often missing in the fake product. Some retail shops even laughably sell their supposed Balenciaga products without a box!

This is where some expertise is needed. It takes only an expert shopper to tell a fake product by simply looking at the logo.

The impression of the Balenciaga logo on the original product should be even and appear matte while the logo on a fake may have a less even impression, sometimes with a shiny finish, as well as a closer spacing between the word BALENCIAGA and PARIS.

Anyone who is used to wearing designers can easily tell a fake and real product apart by merely looking at the finishing.

For instance, while the sole and upper part of the original Balenciaga trainers look neat and the welt well done, the fake (or Aba-made) will look tacky — sometimes with visible gum stains all round the linings.

The upper part of the original Balenciaga Stretch-Knit Speed Trainers also looks sturdy and firm, unlike in the fake where it is often miserably over-elastic.