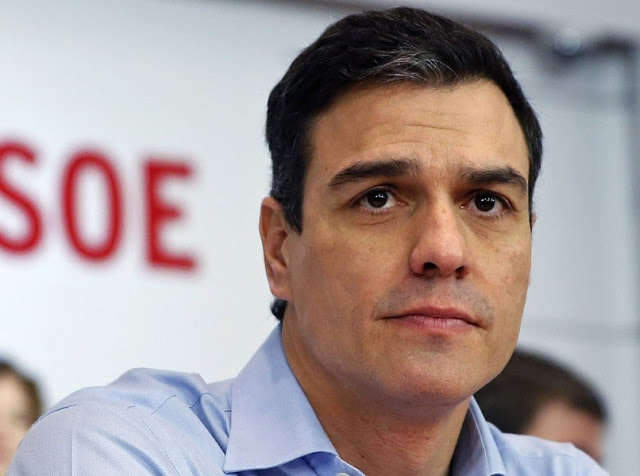 Atheist and socialist Pedro Sánchez has been sworn in as Spain’s new prime minister after a vote of no confidence ousted the former conservative leader, Mariano Rajoy.


As an atheist, Mr Sánchez became the first leader in Spain’s modern history to take the oath of office without holding a bible or crucifix.


In a brief ceremony at the royal residence in Madrid on Saturday, Mr Sánchez, 46, promised to “faithfully fulfil” his duties “with conscience and honour, with loyalty to the king, and to guard and have guarded the constitution as a fundamental state rule”.


The handsome economist and former basketball player won members over with a promise to unite a divided party and put the Socialists back in power.