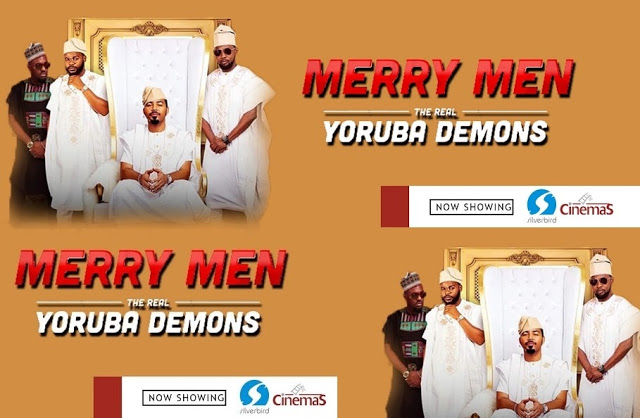 I’ll keep this short and simple.


I couldn’t decide if it was an action movie with the Robin Hoodesque theme, or a comedy considering the cast, or a beauty parade for the same reason as the second.


Or maybe it was all three.


The plot was bland and lackluster, but the dialogue was interesting (no depth though).


I could spot one glaring faux pas in the movie and wondered how the director and editors missed it. It was so glaring I was appalled. P.S Falz was involved. In order to minimize spoilers, I won’t give further details.


There were an array of fancy casts, but sadly, many of them had zero role to play and only further weakened an already weak plot.


In fact it’s safer to assume their presence was simply to make the movie look colourful. Some scenes appeared unnecessary and were likely included to make the movie move beyond the 1hr 30mins mark. I didn’t get the point of them at all.


The only things the movie had going for it were the presence of a very fine cast, comedians/funny humans and fancy wardrobe choice. Cinematography was decent although the camera angles in the fight scenes and gun shots were puke-inducing.


The sound was clear and not characterized by that irritating thing common with Nollywood where the background soundtrack drowns or significantly interferes with the dialogue (Wedding Party was guilty of this, too).


If you’re expecting suspense I advise you go watch “A Quiet Place” or “A Simple Favour”. This movie doesn’t provide any of that as most of the scenes could be predicted, except perhaps towards the end and even that would be disappointing for movie buffs who have spent years bingeing on Hollywood.


You’ll laugh a lot and not be bored to sleep, that’s a given. But it isn’t a movie you’d consider seeing a second time — especially not in a cinema — and there were no fantastic, awe-inducing moments in it.