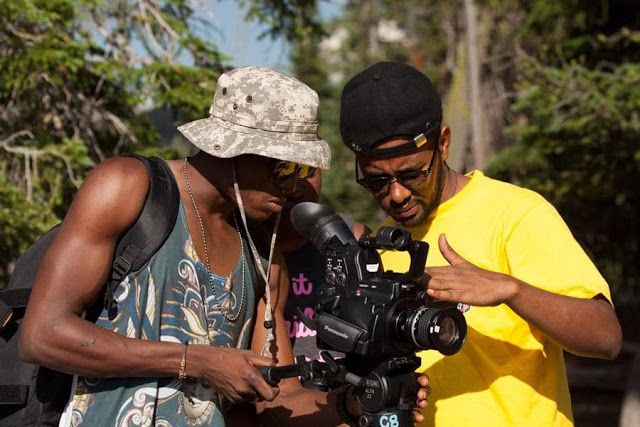 The Nigerian movie industry Nollywood represents the largest film industry in Africa and the second in the world (in terms of output).

About 50 Nollywood movies are released every week.

But, as in most scenarios, quantity does not always mean quality.

Though it’s looking like things are already starting to change in the industry (have they?), still, some of the problems that have plagued Nollywood productions for decades are still there.

Filmmaking is art and it seems many Nigerians are yet to realize this.

Before I continue, what really makes a great film?


I dare say there is no universal principle here but, in very general terms, a balanced combination of these 4 elements should be able to save any film.

A. A good story


This is probably the most fundamental. For a movie story to be great, it must be original, has suspense and twists and able to evoke emotion. All these have to be in a balanced proportion; if there are too many things put inside a single film, the viewers will lose interest. Pacing (the speed at which events proceed in the movie) should also not be neglected.


The burden is on every filmmaker to cast the right people. All projects are not the same so auditions are crucial. The movie actors must be able to bring the story to life. Good acting eliminates the divide between fiction and reality. Viewers should be led to think they are watching real-life people.

A movie director is like the captain of the ship (movie). His vision and ability to tell the story is perhaps the most important aspect of the production. Even if the story is great, a bad director can mess it all up. Likewise, a good director can turn a bad story around.

Many Nigerian filmmakers still don’t understand the vital role of a movie director. Directing is not just for the title sake — it is where the bulk of work goes. It is the director’s job to ensure the structure of the story is maintained and that all scenes are whole and in sync.


An unfortunate trend that has permeated today’s Nollywood is the case of a single person producing a film and at the same time directing the same film and also playing lead!

A good film should score “A” in visual beauty. Colors, contrasts, camera angles, the use of special effects, etc., must be in harmony. Make-up and costumes are also two important visual elements. Other elements, such as dialogue, monologue, sound effects, and music should also be in agreement with the film’s theme/genre.

Here are some of the places Nollywood still gets it wrong:

The bulk of Nollywood films have very predictable storylines.

One thing Nollywood has failed to really master is the art of creating realistic plot twists. Most times they don’t even bother, while in the few instances they try, it is rarely done well, with some of the twists even laughable. In the end, we have productions you can easily predict the story, even just by merely looking at the movie title and poster.

Classic Nollywood storyline: There is always the poor, suffering girl that will eventually get married to the rich prince and her life will change.

What’s there to expect when literally no effort goes into script development and planning. I feel it’s time we started having original storylines in Nollywood, which is unpredictable, deep and makes you think and reflect.

Poor research is another major issue with Nollywood. Medical scenes are rarely done right with a lot of disappointing inconsistencies.

The most annoying is the accident scenes! It sometimes can be so bad you’d begin to wonder if the director got drunk on set.

Nigeria is a conservative society, we get that, but why bother going elaborate on the sex scenes when it isn’t going to be done right. When all we are going to see are four entwined legs poking out of a white bedsheet!

5. Poor use of flashbacks

In one Nollywood movie, Ini Edo (a Nigerian actress) was taken back to about 15 years before the present time and she was still wearing the same hair!

I still believe a lot of Nollywood movies do not go through any editing. The cinema productions are trying in this area now, but for the direct-to-video productions, I don’t think so! One traditional (epic) Nollywood movie I was once seeing had tall electric poles showing.

We don’t really need 6 to 8 parts to create a good film. One good part is enough, and if it turns out that great a sequel can be released. Unnecessarily stretching out a single story is unprofessional and churning out multiple parts of one lame story is a big joke!

All about Shaquille O’Neal’s marriage, wife, girlfriends and kids

All about Nicki Minaj and Cardi B beef

All about Cardi B’s marriage, husband, boyfriends and kids