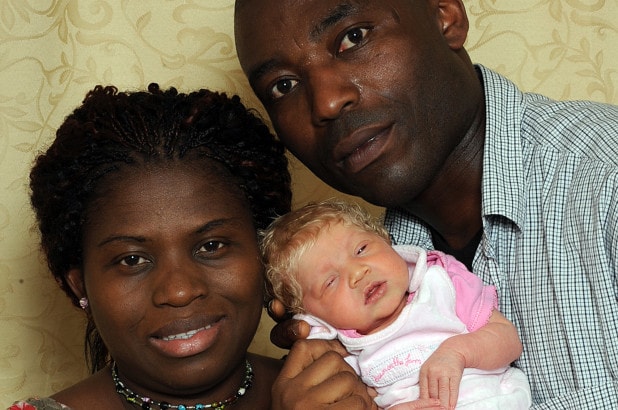 The picture you see above is that of Nigerian immigrant parents, Ben and Angela Ihegboro with their daughter, Nmachi.

When Angela gave birth to Nmachi at a London hospital, she is a blond, blue-eyed white baby.

As media reports had it, Angela had gone “speechless” on seeing her newborn daughter.

Angela and her husband, Ben, are both black, so what on earth happened?

“The first thing I said was, ‘What the flip?’ ” said the father, Ben Ihegboro. “We both just sat there after the birth staring at her for ages — not saying anything.”

Of course, there were speculations that he is not the baby’s father. But Ben would not have it.

“Of course she is mine,” the 44-year-old customer service adviser said. “My wife is true to me. Even if she hadn’t been, the baby still wouldn’t look like that.”

Genetics experts don’t believe in miracles, but they didn’t have any simple answers to the mystery of baby Nmachi.

They could only offer three theories:


1. Nmachi is the result of a gene mutation unique to her. If that is the case, Nmachi would pass the gene to her children — and they, too, would likely be white.

2. She’s the product of long-dormant white genes, passed on to her by her parents, that might have been carried by their predecessors for generations without surfacing until now.

3. While doctors have said Nmachi is not an outright albino, or lacking in all pigment, they added that the child may have some kind of mutated version of the genetic condition — and that her skin could darken over time.

Nmachi’s case is not the only example of such scenarios.

In 2011, Francis Tshibangu and his wife Arlette from Congo welcomed a white baby boy named Daniel.
Share this post with your friends:

3 thoughts on “Remember the Black parents that gave birth to a white baby some years back?”

Doctor describes her most disgusting experience in the delivery room - Read!

Thu Dec 27 , 2018
by Staff writer When asked what her most disgusting experience in the delivery room is, obstetrician gynecologist Lacy Windham didn’t waste a second to provide an answer. Here is what Ms Windham who said the experience happened during her third year in medical school said: “As a third-year medical student, […] 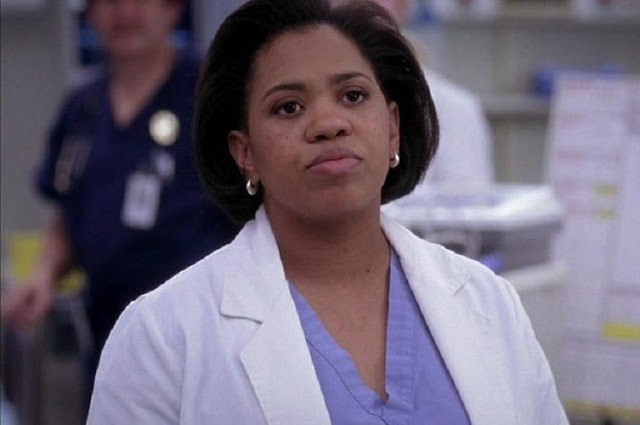