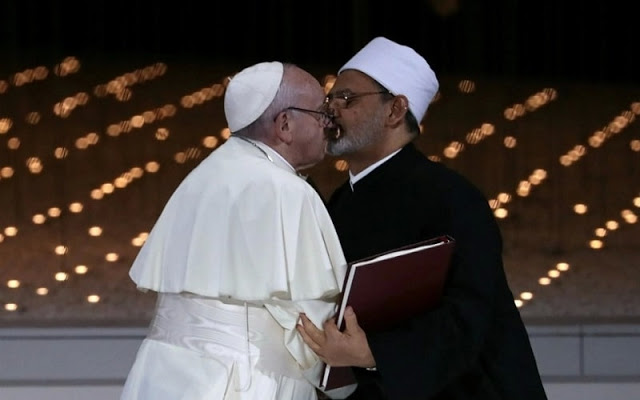 Since a picture of Pope Francis and Grand Imam Sheikh Ahmed Al Tayeb appearing to lock lips together was posted online, the controversy it generated has soared.

At an inter-religious meeting in Abu Dhabi, in the United Arab Emirates, the two religious leaders celebrated the signing of a document on fighting extremism together with an embrace – and a kiss.

Many observers on seeing a picture of the event published by Reuters, believed the moment was just a tad too intimate, with many suggesting the two religious leaders should get a room.

Some social media users also used the picture to mock both religions’ stance on homosexuality, as well as the UAE’s aversion to public displays of affection.

“This is some next level holy gayness… I wonder what Quran and bible thinks about this,” someone posted on Twitter.

“So the Pope can kiss men, but the rest of us can’t?” another joined.

Other pictures of the event has since been released and they appeared to show that the Pope and Imam did not actually share a full-blown kiss but more like a peck.
Share this post with your friends:

Jussie Smollet will be punished if his attack report is found to be false, says Chicago police

Thu Feb 7 , 2019
by Staff writer There appears to be a small inconsistency in the reported attack of ‘Empire’ star, Jussie Smollett. Smollett was allegedly attacked while walking home from a Subway sandwich shop in downtown Chicago. Smollett says that two men approached him, targeted him with both racial and homophobic slurs, tossed […] 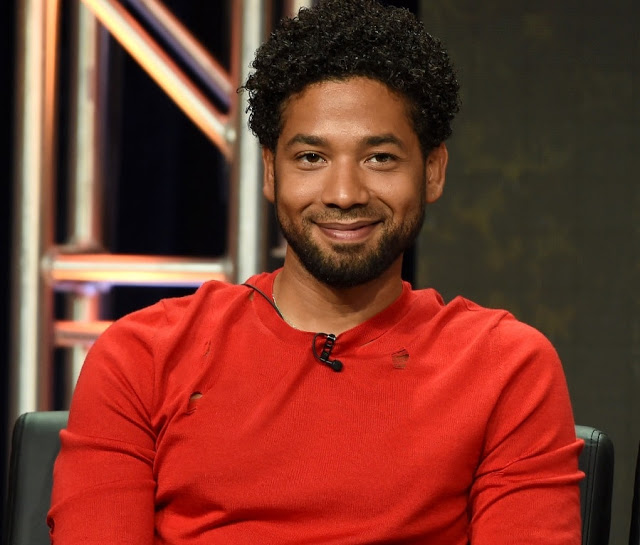