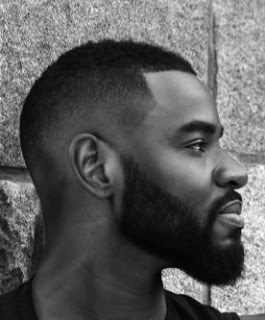 I was stabbed by my roommate. I was 23 years old.

I was asleep in my bed and he came in with a knife and stabbed me, straight into the heart.

That was not nice.

That fluttery feeling you get when something great happens to you was the opposite of what I felt.

The knife in my chest woke me up.

I pulled it out, threw it on the floor, and yelled at him why the hell he wanted to do that to me?

I then ran outside naked [that’s how I slept] and down the stairs.

I yelled at the apartments surrounding our house to wake someone.

And just then, the world went black and I collapsed.

My roommate accidentally saved me by dragging me back upstairs into the apartment where he dropped me face up.

The cut in my heart was not so big that I bled to death right away. Gravity kept the blood inside me.

My roommate (who was 17 years old then) had been experimenting with angel dust in those days before it was named angel dust.

It was just a simple old horse tranquilizer in those days!

He went downstairs and across the street where my parents lived.

He woke them up and told them I was upstairs in the room dead.

I wasn’t actually, but I was near.

So near death that I knew nothing and felt nothing, but every so often, I heard slightly and even muttered some words.

When the paramedics got there, they added blood to me to keep me from dying.

I went in and out of consciousness in the ambulance trip to the hospital.

I remember waking up several times and hearing people talking about me.

I could not understand anything except I knew that they were going to save me.

That was enough at that point.

Later in the operating room, I opened my eyes to a darkened room with a bunch of people scurrying around me.

One was a nice sounding woman holding my hand and—I now know—trying to find my pulse.

She cried out in panic: “Doctor! I can’t find his pulse!”

I was mildly amused by that since I opened my eyes to see her and see what the problem was.

I knew at that point that I was not going to die, because I was in the hospital and I felt no pain.

It might interest you to know that I hardly felt any pain at all.

I did feel a horrible sense of death itself, but it was merely mental, and I didn’t believe I would die because I was in the hospital and I knew that I had to be there to save my life.

The people around me would save me.

I knew that the most important thing in the world was that I was in that hospital and I could wake up and see something occasionally.

There was not as much pain as the absence of it.

If you ever let your arm go to sleep by lying on it for hours and you wake up to it completely numb, that is how my whole body felt.

Numb, yes, but not dead.

And just then I realized: The only thing creepier than pain is the absence of it!

The mental anguish was soundless. No crying, no shouting.

You have no energy for that anyway.

That is the peaceful feeling people often talk about, but it’s not nice.

Angel Dust (PCP) is an anaesthetic pharmaceutical drug that causes hallucinogenic side effects.
Share this post with your friends: