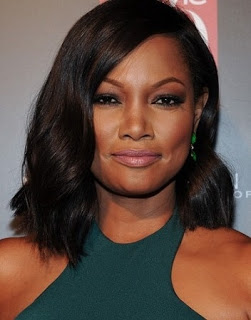 Rita received a call from her manager. A complaint about an employee who had failed to come to work.

She asked who and was told. She was also told how a young woman claiming to be his wife had come to the complex earlier on, looking for him.

That night, while Samson snored sprawled on the bed, she took his phone and crept out of the room, down the stairs.

His last call was by his driver.

Rita held on for a while, structuring a plan.

Via Whatsapp, she sent this message to the man:

It took a while before the message showed it has been read.

And the next second the driver guy was typing a message.

‘Boss, no sign of him still,’ the message that dropped in read. ‘We searched everywhere.’

‘Tell me what really happened,’ Rita sent back.

And the boy did.

The air of the room suddenly turned hot and Rita struggled to breathe.

‘Can I see his face?’ Rita sent this message with shaking hands now.

The image the boy sent confirmed her fears.

‘What are you doing with that?’ Samson’s voice startled her.

She dropped the phone.

Samson reached and picked his phone. He checked it. ‘What are you doing?’ he said.

‘What have you done to him?’ Rita asked her husband.

‘The boy is dead,’ Samson said.

‘You killed him? For what?’

‘This is your end. First thing tomorrow morning, I’m going to the police!’

‘And tell them what, if I may ask?’ Samson said. ‘Perhaps how you’ve been sleeping with a small boy you could have been a mother to?’

‘I know, woman. I do. I also do know some other hidden things about you too ugly for any ear to perceive.’

Rita stared open-mouthed at the man she called husband, her breathing in short, stiff gasps! ‘He has a family, Samson. They are looking for him.’

‘Likewise you. Now sit down and I will tell you what to tell them.’

Amaka finally traced her way to the Madam’s abode. Bayo had told her the estate name but couldn’t precisely remember the house number.

Felix had barely opened the gate when she flew past in.

‘Who are you?’ the young man asked her.

‘Where is your madam?’ Amaka said.

‘Who are you?’ Felix asked again.

‘Go and call your madam for me!’

Rita was walking out already, regal-like in her long sleeping gown.

She asked Amaka the same question: ‘Who are you?’

‘Where is my husband?’ Amaka threw back at her.

‘Who are you and what husband are you talking about?’

‘Young girl, I am not usually this patient. Tell me who you are or I’ll have you thrown out!’

‘My name is Nwamaka. I am Phillip’s wife.’

‘I don’t want anything from you. Just give me back my husband! Go inside and bring him or I will do that myself!’

‘Go home, young girl, I’m sure if your husband wanted to see you, he knows where to find you. Go home!’

‘What are you talking about?’

‘You can leave now.’ Rita turned to Felix. ‘Felix, do bolt the gate as soon as the last of her disappears through the gate!’

Rita’s flowing gown swirled round as she turned to head back in.

Inside, she leaned her back to the door and swallowed down a large ball of cold air.

Outside, Amaka stood there, too shaken to understand.

Felix took another step closer and said to her again, ‘Madam, go now!’

He wanted to push her and Amaka gestured and started away by herself.

The heavy gate slammed shut to her face, she yelled out: ‘You can now marry her! You heard me, Chibuzo! Make sure you marry her o!’

She turned and started running back home.

And again Phillip, wherever he may be, would know that truly his greatest problem in life is being misunderstood!

Back at home, Sammy told James: ‘Boy, be quiet, I want to make a call.’

James did not stop drumming the long comb on the table by the wall.

Sammy went and collected the comb from him, at the same time saying into the phone on her ear, ‘Hi, Seyi.’

‘Oh, wow, sure!’ Seyi sounded glad. ‘Sure! My wife and I will be delighted to have you.’

The phone nearly slipped from Sammy’s hand. Catching both her phone and breath, she started to smile instead.

She remembered the day she saw an implicating text message on Seyi’s phone and scolded him.

She remembered his exact words that day: ‘Ah! Bimbo is just a friend o! I have nothing to do with her!’

James turned to her, the little boy’s expression appearing skeptical.

Sammy saw the look on James’s face. She tapped him lightly on the back and continued to laugh.

James quietly turned away. He picked the comb and started to strike it on the table again.

Amaka entered the room then. ‘How can I get to the park?’ she asked Sammy.

‘Where I can get a bus back to the East.’

‘That should be Jibowu.’

‘No. Are you travelling?’

Amaka carried James. ‘I’m going back to the East.’

Amaka and her son halted at the door.

Uzoma found her elder son at home when she returned.

‘Where are you coming from?’ Ejike asked her, looking stern in the face.

Uzoma dropped her basket and hoe beside the tall, metal water container before the veranda. ‘I went to check on my cocoyam,’ she said. ‘The weeds are coming out very fast. Have you seen your father?’

Onyemaechi was with his close friend, Enenie-Nwangene.

After divulging his regrets about what they’d done to him, Enenie, frowning, said to his friend: ‘Nwokem, stop saying that. Stop saying that. You won. We won. You got all you wanted so that is victory. You won.’

‘Victory at the expense of my brother?’

‘How is it your fault that he grew stubborn?’

His voice sinking a notch further, Onyemaechi asked his friend, ‘How many brothers have you killed?’

‘So that means you do not know? You have no knowledge of this kind of guilt.’

Enenie appeared confused. ‘Ah-ah, this is not you,’ he said to Onyemaechi. ‘This is not you. What is really happening? Ogini na eme?’

Onyemaechi turned away with a small hiss. ‘He died, but so will we all too.’

Onyemaechi looked at his friend. ‘What are you saying? Are you not older than I am?’

Enenie stood. ‘I think you should start leaving now.’

When Onyemaechi finally trudged away, Enenie turned to himself:

‘You came to me asking for help,’ he murmured, ‘I gave a suggestion. Just a simple suggestion. Before I could even finish talking, you have carried it out. Ozigbo! Na egbughi oge! How is that my fault? Now you come here telling me nonsense, otolo gbagbukwaa gi ebe afu!’