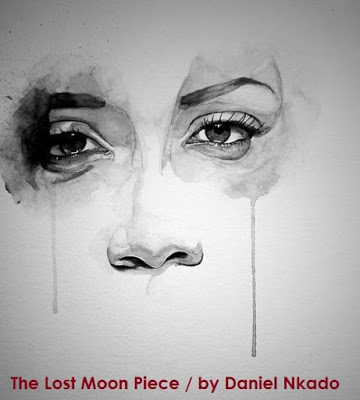 It all started like joke. Some funny play of events. In many years to come, Amaka would still remember this night and wonder what actually happened.

What life is really all about…

James, rubbing his stomach, had knocked and walked into the room where Amaka and Phillip were, still trying to sort out their normal couple issues.

‘Mummy, my stomach hurts,’ James said, leaning and nestling into his mother.

Amaka bent and pulled up the boy’s shirt. She gently slapped away James’s hand from twitching his navel. ‘I’ve told you to stop twitching your navel! Now that you have got an ache, you are going to take some medicine.’

‘But it is hurting me, Mummy, that’s why I was touching it,’ James complained.

Phillip carried the boy over. ‘Where exactly do you feel pain, Nnaa?’

James pointed at his navel.

Phillip was still bending to take a closer look at the boy’s belly when James did something like a cough and all the content of his stomach fell out through his mouth.

Amaka ran up at once. She carried him over, paying no attention to the mess of the boy’s vomit. She was checking his eyes, his nose, the back of his neck, everywhere.

And all the while she checked him out, James grew limper and limper in her hands, till eventually he was showing no movement at all.

And that was when Amaka’s scream came.

So piercing was it that Sammy, many yards away in their room in the compound across the wall opened her eyes immediately.

‘Did you hear that?’ she whispered.

Save for his gentle snores, nothing else came from Ejike.

Nothing still. He is usually that way after a good round of sex.

He always put in so much energy and dedication into the act that once his fluid had left him, he’d drop dead like an empty sack.

Sammy tapped him again, harder now. She pushed him a little.

‘Did you hear that scream?’

‘No, no, not in my dream. From somewhere around, let’s go out and check.’

‘Go back to sleep. You only had a dream.’

Sammy stared at him.

Eventually, she pulled the blanket to herself and lowered her side to the bed.

In the morning, when she came over to Amaka’s place, she met their small gate open, but no one was in the compound.

When she came out to the road, she saw two women discussing in low tones, both of them wearing pitying expressions.

But she could not understand all what they were saying.

Their Igbo sounded different, not the type she heard often and was used to.

‘Come sit down, I want to talk to you,’ Rita said to Fiona.

Fiona stared on for many seconds before finally coming over and taking a seat opposite Rita.

Rita took a moment before starting. ‘How are you?’ she began.

Rita twisted her lips, slightly, as if in a smile. ‘I gave birth to you, dear; I know virtually everything about you. Even things you yourself haven’t yet come to understand.’

Fiona said nothing, just staring at the wall on the left. Counting the stencilled leaf patterns.

‘So tell me, what is really the problem? Why do you suddenly hate this place? Why suddenly so angry at me?’

Fiona looked around. ‘This poor life, this cramped room, our smoky stove, the dusty road, everything! I can never be happy here, Mum. Never.’

Rita stretched out her legs and put one foot over the other. ‘Fiona,’ she called, ‘obviously you are still too young to differentiate between comfort and happiness.’

‘You want comfort. You once had it, so now you miss it, so badly you’ve turned rebellious. But, my dear, comfort is not happiness. You need to learn to tell apart the two now, for the life of comfort is merely a sheltered one, lacking enthusiasm, creativity, excitement, liberty, individualism, euphoria, experience. Happiness on the other hand is freedom and excitement like you’ve never had it; waking up every morning and being so thankful that you did. Happy people live life, my dear; comfortable people watch life happen to them.’

‘Mum, I don’t really understand all what you are saying.’

‘You may not understand now, but eventually you will. I so do hope you will someday. That you finally come to understand that you don’t need so much to be happy, that what you have and where you live does not matter as much as how you feel about your existence every day does.’

Fiona stared at her mother whose expression has now sort of taken on a distant appearance.

Finally, Rita stood. ‘I’ve heard what you said. This evening I will call your father and tell him that we are coming home.’

Fiona’s dentition spread out in a large grin. She ran up and hugged Rita, very tightly. ‘Thank you, Mummy. Thank you!’

Rita nodded and swallowed, but the small smile on her face looked anything but true.

Sammy and Ejike, after having heard what happened, went to the clinic to see Amaka and Phillip.

Amaka told them what the doctor had said: that James only had a stomach infection and will be alright within a few days.

‘He said it is gasto-entenitis.’

Amaka looked at her. ‘Yes. He said he will be discharged in two days,’ Amaka ended, yet the worry in her eyes remained intact.

Sammy noticed this and when Ejike had left and the two women were alone by themselves, she reassured Amaka: ‘Gastroenteritis is nothing serious, he will be fine.’

Amaka nodded and said, ‘Thank you.’ Yet her worried face still looked the same.

Sammy twitched her cheek. ‘Cheer up now, will you?’

Amaka forced a little smile. ‘Should I accompany you to go and see the door now?’

‘What for again? You really have to stop worrying so much; all kids get stomach flu once in a while.’

‘This is the same hospital you will register for your antenatal.’

Sammy started to laugh. ‘Amaka, I’ve told you that I am not pregnant.’

‘Why are you like this?’ Amaka asked her. ‘Don’t you pray to become pregnant?’

‘My dear, the best gift I can ever offer a child is not having him or her.’

Amaka remained still for many seconds. Then she looked up at Sammy and said: ‘Why?’

‘Look around you, Amaka. Take a good look at this miserable situation called life and tell me if it is really worth it to have someone come here and experience it too?’

‘I know it can get hard and tough and sad here, but that doesn’t mean there are not other things to live for.’

Sammy shook her head. ‘Amaka, the truth is that we are only here because our parents brought us. And at this point I don’t want to know what their intentions had been, whether it had been good or bad, but had there been a time I was called and asked if I wanted to come here, my answer would have been a fast and strong NO!’

She paused on a breath. ‘Now the last thing I will do is to force another person who at some point might feel the same way I feel now to come here too, all for a few seconds of happiness and to satisfy my own selfish desires.’

Before Amaka could say anything else, she stood and dusted her back. ‘I will go now. I will come back later to check on you. Take care of yourself and tell Phillip that I will be back.’

She returned as she’d promised, bearing a lot of goodies for James.

But the little boy was no longer available to enjoy any of the sweet gifts Sammy brought.