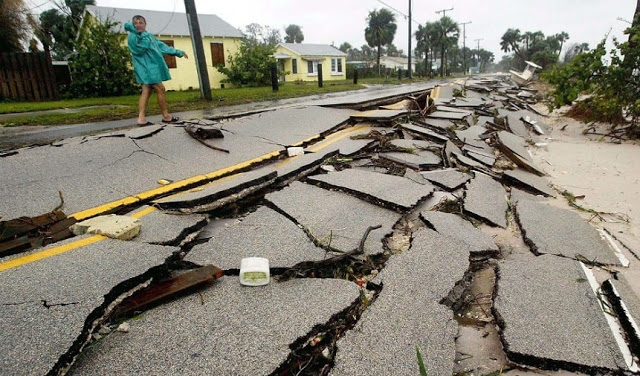 A hurricane is a severe tropical storm with intense rain and extremely strong winds.

Originally, hurricanes were given the names of saints who were honored on the day they occurred, according to the National Oceanic and Atmospheric Administration.

For example, Hurricane Santa Ana of 1825 struck on July 26, the day dedicated to Saint Anne.

If two hurricanes struck on the same day, the newer storm had a suffix tacked on to its name.

Later, latitude-longitude positions were used in the naming process. However, this cumbersome identification method was still confusing during radio communication and more subject to error, according to NOAA.

Meteorologists eventually learned that using “common” names for tropical storms and hurricanes would help people easily remember the storms, communicate about them more effectively, and so stay safer if and when a particular storm strikes a coast.

These experts now assign names to hurricanes according to a formal list of names that is approved of prior to the start of each hurricane season.

The U.S. National Hurricane Center started this practice in 1950.

Now, hurricane names are determined by the World Meteorological Organization headquartered in Geneva.

While names of hurricanes previously included names from A to Z (for example, hurricane names from 1958 included Udele, Virgy, Wilna, Xrae, Yurith and Zorna), current lists exclude Q, U, X, Y and Z because there are not enough names starting with these letters.

Previous names can also be reused, though not in all cases.

If a storm is particularly devastating, such as 2005’s Hurricane Katrina, a vote is taken by the WMO to determine whether it would be inappropriate to use the name again.

If a name is removed from the list, another name that shares its first letter is selected and voted to replace it.

The WMO will have to decide whether Hurricane Irma should be exchanged for a different name.

Hurricane Irma of 2017 is already named the most powerful Atlantic Ocean hurricane in recorded history.