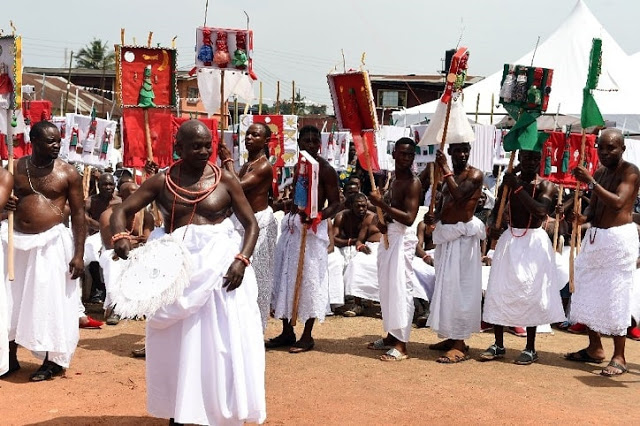 The rainy season is supposed to be over in Nigeria, but on Thursday just before midnight, torrential rain and crackling lightning let loose over Benin City.

For those in the crowd, the message was clear: with the rain the gods had blessed the new monarch of the kingdom of Benin in the country’s south.

The divine coronation was the climax of a day of royal pageantry, when some 100,000 people flooded the streets to catch a glimpse of the new “Oba” — king in the Yoruba language — Ewuare II.

The kingdom of Benin, now located inside Nigeria, is one of the oldest and most prestigious African realms which flourished from around the 13th century until the British invasion hundreds of years later.

It was famous for its vast wealth, sophisticated urban design and intricate bronzes.

The Oba does not wield any official powers in Nigeria, but has a great deal of influence.

Politicians, businessmen and traditional leaders from all across the country honoured the new king under the giant white tent with some 4,000 in attendance. 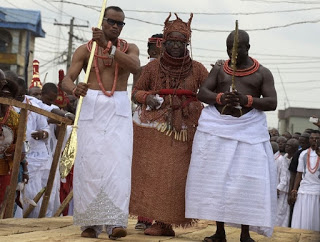 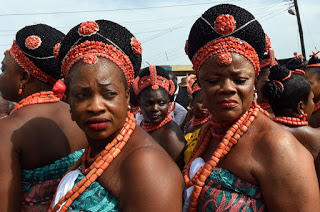 Northern sultans bundled in turbans walked alongside southern princes, shirtless and draped in loops of chunky coral necklaces, while the Yoruba king of Ife wore a leopard skin.

Wearing round John Lennon-style glasses and a string of pearls, Prince Burns Effiom was in the audience and explained the significance of the coronation.

“Politicians use traditional leaders to maintain peace,” he told AFP.

The Oba title is passed down from father to first-born son. So the new king, whose birth name is Eheneden Erediauwa, takes over from his father, Solomon Akenzua, who died earlier this year.

Huddled behind a wall of people armed with their cell phones, Christian Iyekekpolor jostled to snap pictures of VIPs.

“From here I can see my king,” said the young graduate of the University of Benin. “He’s like God for us.”

Beside him stood Rickson Ogwu, who made the trip from Delta State, once a part of the ancient kingdom.

Ogwu missed the coronation of the last Oba in 1979 because he was too young at age 12. He wasn’t going to pass this opportunity up.

“We can only see this once in a lifetime,” the trader said. “I’m proud to continue the tradition of my people.”

More than six hours late on the programme, the guests were finally assembled underneath the air-conditioned tent lit with multicoloured chandeliers and the king arrived.

Nigeria, which has 170 million inhabitants, is deeply divided between a Muslim north and a Christian south; between supporters of the ruling All Progressives Congress party and the opposition People’s Democratic Party.

Yet on Thursday, those divisions were put aside, with the four major traditional rulers — the Oba of Benin, Emir of Kano, Sultan of Sokoto and Ooni of Ife — standing above the political fray.

“Please welcome, honoured guests, the king of the century,” said the master of ceremonies when Ewuare II appeared in an intricate armour of red coral and surrounded by dozens of chiefs and princes.

A graduate of the best British and American schools, and a former Nigerian ambassador to Sweden and Angola, the new king is determined to revive the former glory of his kingdom and kickstart the economy.

“With international aid and private sector partners, we will save our heritage,” he said, promising in particular to invest in the bronze industry, the kingdom’s pride.

“I hope to attract tourists, help develop the agricultural industry,” he said.

“I am happy. He was sent by God, but it is a king who has feet on the ground.”