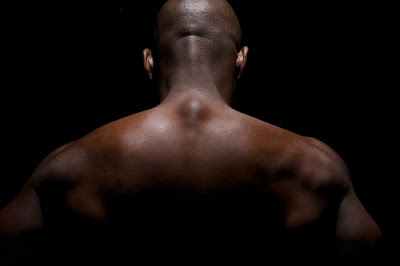 Violence against men is extremely common and no one cares, not even men.

We hear a lot about violence against women all the time and what a crisis it is. Recently I heard someone on TV speaking out about women being murdered and how we need to protect women from being killed.

What no one said is men are ten times as likely to die from violence than women are, and if you did say it, odds are no one will care that you did. I bet half the people reading this are already mentally dismissing the idea.

Male rape in prisons is institutionalized to the point that everyone knows it happens and many people even seem to take some glee in it, with jokes about some inmate making a new prisoner “his bitch”. And no one cares!!!

Men being raped in prison seems somehow just a punishment to most people, not a cruel and unusual punishment or even torture, which it is.

The fact is that men’s lives do not hold the same value for us in our culture as women’s do. We’ve always been eager to protect women, including from things which they don’t actually need protection from, but we’re happy to have men die needlessly as long as the women are safe.

It is always “Women and children first!”

Men fight and die so women do not have to. A man is expected to risk his life in defense of a woman.

Heck, this attitude is so deeply ingrained in our culture that I still kind of believe it myself, that if a woman were in mortal danger, trading my life for hers is a fair trade, because I’m a man and part of my role in society is to be imminently disposable.

Violence against men is extremely common and no one cares. Not even me. Which causes me cognitive dissonance because I know that I should care, that I should value my life equally to that of a woman’s, that I am not disposable.

I know all of that. I just don’t believe it.

We men are conditioned to believe that our lives are simply not as important as those of women. I say this as someone who still believes this and knows I shouldn’t.

If a man and a woman were both being held at gunpoint and the gunman said that unless one of them volunteers to be killed to save the other, they both will be killed. Ask any group of men and I bet almost all of them would agree the man should sacrifice himself for the woman. If the man allows the woman to sacrifice herself, they will consider the man a coward, a weakling, and not a real man for allowing a woman to die in his place.

We simply believe that our suffering is something we should endure, whereas women’s suffering causes us more pain and concern than our own.

As much as feminists hate the trope of the woman being killed in a story to motivate the man as a plot device, I don’t think they understand that to many men watching a woman you love suffer and die while you are helpless to stop it is a worse fear for us than our own deaths are. It is our worst fear, not being able to protect our loved ones.

If prison rape is included in the statistics, then men are raped far more than women are. Why are prison rape statistics excluded? Because most of those raped in prison are men, and we just simply don’t care as much about men being raped as we do women.

This all comes back to how we are taught that men are tough, we can take anything, we’re not allowed to be weak, and it is our place to die if need be to ensure the safety of women.

It’s what we believe. It’s how we feel and inform our opinions about injustice. We know that we end up having to deal with a lot of injustice, but it seems worse when a woman has to deal with such things.

After all, we’re men. We can take it.

One Comment on “What are feminists really fighting for?”