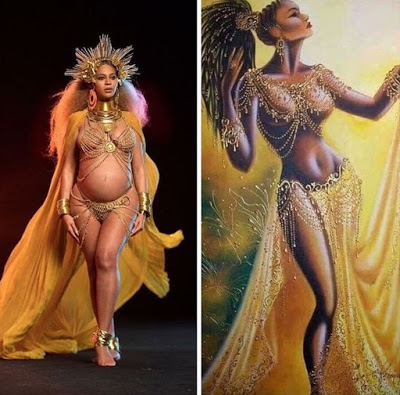 Beyoncé has been feeling all goddessy lately — hasn’t she always been?

Her performance at Sunday night’s Grammy awards, pregnant with twins and glowing, drove that point home.

In the visual album for Lemonade last year, we saw the American pop star as the Nigerian Yoruba deity (or orisha) Oshun.

Then, with her recent pregnancy announcement, there were visual references to both the Catholic Virgin Mary and the orisha of the water, Yemoja (also known as Yemaya, Yemanjá, and Mami Wata).

Many of the goddesses Beyoncé has recently referenced are of African origin—but for last night’s Grammys, she didn’t stop there.

Here are a few of the female deities we saw Beyoncé channel last night onstage: 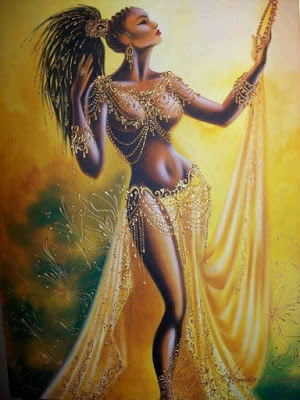 She is commonly associated with fresh water, rivers, and waterfalls, and known to display human attributes such as vanity and jealousy.

She wears a signature marigold-yellow dress—a signifier that was not lost on viewers of last night’s performance, or close-watchers of Lemonade.

Thanks to video effects, saffron-colored scarves, and her dancers, Beyoncé appeared to have many arms—a characteristic of many Hindu deities. 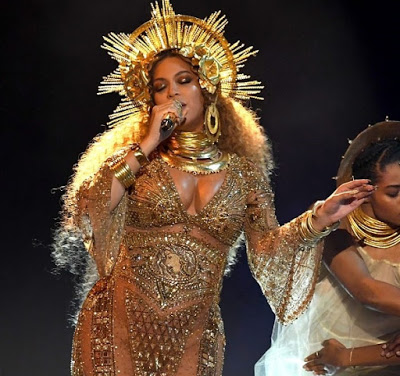 Beyoncé’s golden halo was also an unmistakeable reference to the Madonna (AKA the Virgin Mary) last night, as it was in her pregnancy announcement.

Mary is revered for her patience and humility, and for giving birth (after immaculate conception) to the baby Jesus. 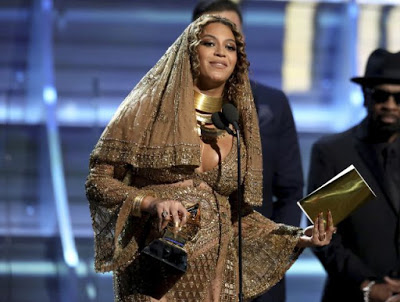 Also, to accept her best urban contemporary album award, Beyoncé wore a slightly more modest—but no less Mary-ish—headpiece: a veil resembling those that many Catholic women wear to attend mass.

One thought on “From Mami Wata to Virgin Mary, all the goddesses Beyoncé paraded in her divine Grammy performance”

A Valentine Night in Nigeria

Tue Feb 14 , 2017
by Zeus Trying to be romantic, Mike turns off the lights. He fills the water tub, lights the candles and spreads red flowers all over the place. He sprays sweet smelling incense in the room and turns on a sweet, smooth love song. …Only for Nkechi to carry her bag […] 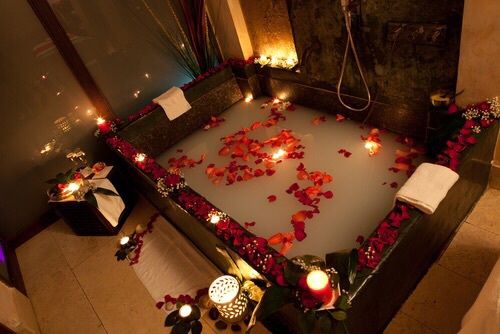