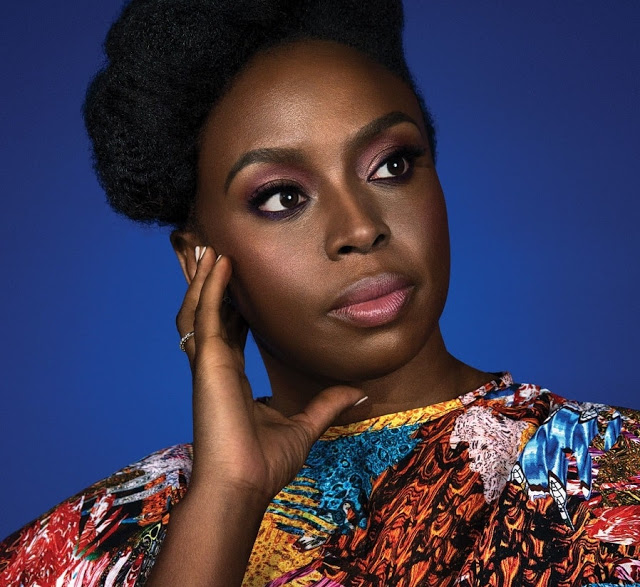 Read what she had to say:

So I always felt this way. I don’t remember a time when I wasn’t passionate about just this feeling of injustice. I started to talk about it publicly with my book called We Should All Be Feminists––which actually was given at a TED talk.


It was one that was focused on Africa. My audience was actually African. The people who said you can’t talk about feminism because it’s Western, and I think, for them, feminism is what they read about. Feminism is Gloria Steinem, or feminism is the British stuff.

But for me, feminism is my great-grandmother, who was a feminist. She may never have used that word––obviously, that word doesn’t exist in Igbo––but she was because she pushed back against all of these sort of cultural ideas that held her back because she was a woman.

My great-grandmother was called a troublemaker, which I love. But, anyways, so now today in Nigeria there are many feminists. I mean, in Nigeria, as all countries of the world, you only have to look at the history of a country or the people and inevitably, you will learn about when they can push back. There’s nowhere in the world where there’s gender equality.

But I think that everywhere in the world there’s been women who have pushed back, right? They’re always in the minority, obviously, but they’re there and they’re feminists. But today in Nigeria, young women are self-identifying as feminists and some young men as well, I have to say. The conversation is being had.

For women who already were questioning these things––that marriage is the ultimate thing for you as a woman, marriage defines you, that people who you don’t get full respect until you’re somehow attached to a man or that you’re not supposed to have too much ambition because you’re going to intimidate men––suddenly there’s a language for it: feminism.”