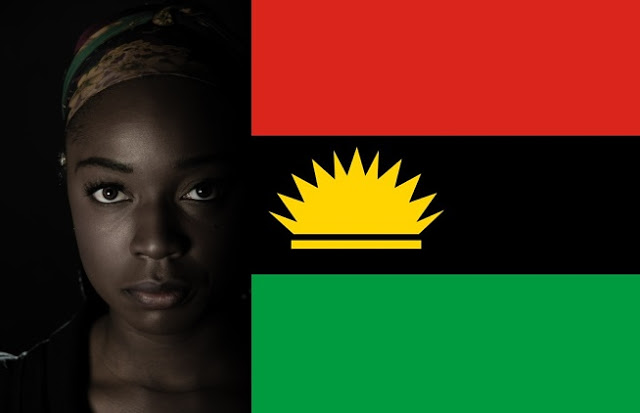 Anything that is something in history today started out as an agitation by some small group of “politically irrelevant” people.

Islam and Christianity are examples of what is possible if you can be consistent in your call.

Both movements were started unexpectedly by the most unusual of people: one a carpenter, the other a goat herder married to a widow.

Look at them today…

It is not really about being right or wrong, or good or bad…for who really knows the difference?

It is about how dreams can become real.

Look at the Nazi regime in Germany. How did that start and how come they made so much progress. The French Revolution that brought the downfall of the French monarchy, etc.

Also look today at ISIS and ask yourself how they still get people to join?

The mistake that many make is to look at time from only their own small capsule. If you remain in that perspective, then it will be an easy argument. But if you look at how things take shape over time as woven in the higher realms, you will have a better understanding of how things come to be.

Do you agree that there is a connection between Martin Luther King’s agitations for the black man and the fact that a black man finally became president of the United States?

You may ask me what the connection is, or how one affects the possibility of the other, but let me tell you — there is already the spirit of Biafra in the minds of some people and that’s a very real entity.

I myself can see clearly that general political trends do not favor the Igbo man in Nigeria.

Although, I must add that it is somewhat their own fault; their grossly material culture does not allow the capacity to really see far and wide.

And even currently they do not have the most sincere of leaders. Those who know these facts may say that for these reasons alone, the Biafra dream is dead.

But I tell you, no dream dies.

Either now or later, maybe in ten years, maybe in 100 years, you will see it happen for the mere fact that it has been spoken of already.

Look at the map of the world over the last 200 years and see how many countries which used to exist as one but no longer does.

Also see how many countries which did not exist before but now do.

In another 200 years, you will still see changes.

I am not trying to be sentimental or anything, only being reasonable, as someone who has deep understanding of how things come to be.

They have called it out of their mouths, one day, just one day, they will experience it and it won’t be entirely up to the government of Nigeria any more.

Truly, if you really look very close, you should ask yourself: Is there really a Nigeria?

Nigeria is not anybody’s vision; it is simply a political construct designed by foreigners for the local people based on their own desires, albeit selfish and self-seeking, which still causes problems till today.

Biafra is a clear vision birthed from within.

Think deep, look far, study history, then conclude for yourself.

No matter how long it takes, the impact of small beginnings should not be underestimated.

If you ask me, it’s time a proper negotiation of how the Igbos can become relevant and seen as a full part of Nigeria is started.

People need to understand that Biafra is not a movement that started today.

It has leaders, chiefs and what not.

It has a structure and members act on the orders of these people.

The government needs to sit down with leaders of this aggrieved party and work on ways for development.

As long as the Igbo region feels sidelined from national policies, the problems and agitation are likely to continue.