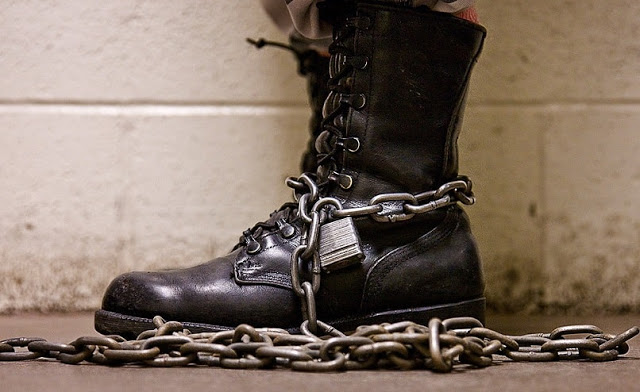 West African migrants want to live in Europe as it’s portrayed as a paradise on earth where they can live happily, find work and be well-fed.

So they pay human smugglers to take them to Libya where they can then get on boats to migrate illegally into Europe.

However, some of these human smugglers are in cahoots with slavers.

After taking the money from the migrants to transport them to Europe, they instead take them to an isolated place in Libya where they hand them over to the slavers.

The slavers then operate markets where according to Othman Belbeisi, head of the IOM’s Libya mission, people are bought for between $200 and $500 and are held on average for two to three months.


But why would anyone want to buy their fellow humans in 2017?

One popular motive is ransom.

After his sale, a Senegalese migrant was taken to a makeshift prison of a kind that has been well documented in Libya.

Those held inside are forced to work without pay, or on meagre rations, and their captors regularly call family at home demanding a ransom.

In the case of the Senegalese migrant, his captors asked for 300,000 west African francs (about £380), then sold him on to a larger jail where the demand doubled without explanation.

Men who lingered there too long without the ransom being paid were taken away and killed, it was revealed.

Some wasted away on meagre rations in unsanitary conditions, dying of hunger and disease, but overall numbers never fell.

“If the number of migrants goes down, because of death or someone is ransomed, the kidnappers just go to the market and buy one,” Manente revealed.

His terrified family began scraping together loans. As he spoke fluent English, French and some local languages, he translated for his jailers to win time for relatives to collect the money.

They are put into a profession (e.g. laborer ) and work for no salary in terrible conditions. Many of the female migrants are enslaved to become prostitutes as their slavers believe that it’s easier to turn on a profit on them.


How long has this been going on for?

Since 2013, when migrants began to flee into Europe using boats (which sometimes sank resulting in hundreds of deaths that made it onto the news).

Many people saw the situation as a way to make money as the migrants can’t actually defend themselves.

Very few speak Arabic and it’s not like Europe is going to launch any anti-slaving raids to rescue them.

Nor was there a unified Libyan government there to stop them.

Almost none of the slavers/human smugglers can be punished because nobody will step in.

Hence the start of a modern slave trade.