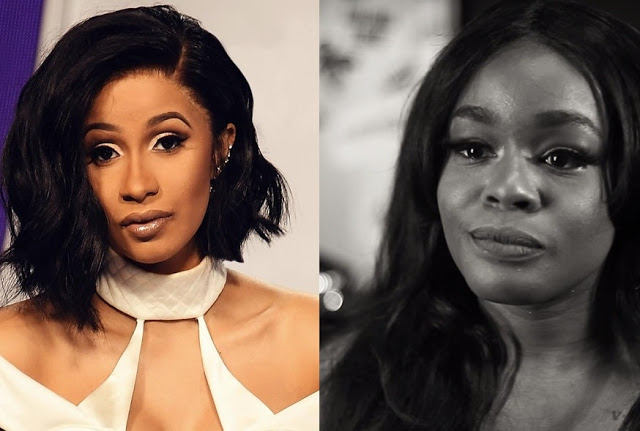 Though Azealia Banks has never been a fan of fellow rapper Cardi B, but one would think that their feud has gone a bit too far this time after a series of bullying comments from Banks led Cardi B to delete her Instagram account.

Azealia had quite an earful to say about Cardi B at an interview in which she spoke about black women’s culture. During the interview, Azealia called Cardi a caricature of black people.

“Two years ago, the conversation surrounding black women’s culture was really reaching an all-time high. There was just this really, really, really intelligent conversation going on nationally and then everything just kind of changed and then it was like Cardi B,” Azealia said during her radio interview with The Breakfast Club on Friday.

The singer went on to say that Cardi portrayed black people in a way that they would be unable to get rid of.

“I’m just talking about this caricature of a black woman that black women themselves would never be able to get away with. Like, if my spelling and grammar was that bad, I’d be canceled. If Nicki Minaj spelled like that, we would be ragging on her all day,” she added.

Cardi did not hesitate to address the issue and took to her Instagram, before she deleted it, to speak her mind.

“I’m from the hood. I speak how I speak. I am how I am. I did not choose to be famous – people choose me… I never asked to be an example or a role model,” she said. “I don’t want to change my ways because I’m famous.”

Things got pretty bad between the two when Azealia decided to throw shade at her relationship with Offset, who has admitted to cheating before.

“You’re illiterate, you’re baby mama 4/5 to [a] man who has women crawling out of the woodworks with kids,” she said. “You’re a real-life episode of Maury sis. … The fact that your overall statistic-ness is being merited as success is a clear indication that the suits backing you are using you as a weapon against black women’s consciousness and culture.”

However, Cardi threw in one last response before she decided to delete her Instagram. “The difference between you and me is that I’ve never pretended to be something I am not! I’ve made it to where I am for being myself and staying true to that,” she wrote.

“You think because someone uses a lot of big words and long sentences, that makes them smart!? How smart are you if you don’t know that the meaning of illiterate means to not know how to read or write? I can do both, and speak two languages fluently.”