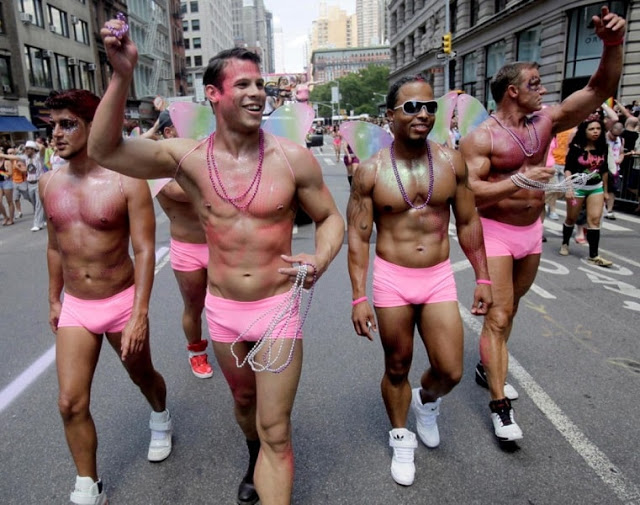 If you are gay, you might want to reconsider visiting Russia for the World Cup.

Gay football fans have been warned by Russians that they will be hunted down and attacked if they go to the World Cup.

Following the warning, the Football Supporters’ Federation has advised LGBT fans not to hold hands or be affectionate towards their partners in public, to ensure their safety.

Russian Government minister Mikhail Degtyarev has estimated that around two million people will visit Russia during the World Cup.

Amidst threats, activists say they are highlighting the dangers for supporters who are open with their sexuality to the police while decrying the decision to allow homophobic countries like Russia host the World Cup.


“We’ve had people say that if they find us they’ll stab us, so it’s been a mixture but they’re being dealt with seriously and those investigations are still ongoing.”

White says “it is ridiculous that they gave the World Cup to Russia and Qatar.”

The 2022 World Cup will be in Qatar, where homosexuality is illegal.

But despite the threats and cautionary advice from advocates, White refused to be cowed.

The activist told the Mirror that the guidelines “had to be very cautious”, but that he was out and proud, and would continue to be.

“I could go out and almost go back into the closet and act butch, but that kind of plays exactly into what we are trying to show is an issue,” said White.

“We shouldn’t have to feel that we have to behave any differently than we would.

“It’s not like I’m going to be sticking my tongue down people’s throats or anything. I’m going out there for the football and to experience the World Cup.”

Hate crimes against LGBT people have doubled in the country since Russia created a law banning gay “propaganda”.

The 2013 legislation, which prohibits “propaganda of non-traditional sexual relationships” towards minors, has been condemned by the European Court of Human Rights.