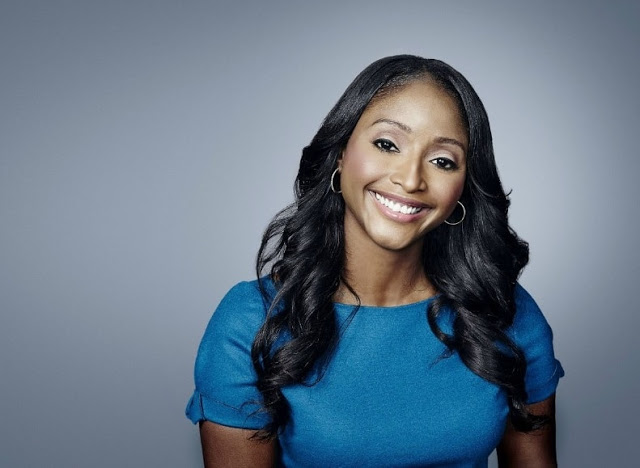 CNN reporter, Isha Sesay, has resigned from the news network after spending 13 years.

Sesay broke the news on her Twitter handle on Wednesday, writing, “It’s really happening, folks!! After more than a decade behind the desk with those three red letters…I HAVE LEFT CNN.”

Speaking on the reason for her exit in an interview with Whatweseeee, Sesay said, “It’s an exciting time for me — and a nerve-wracking one.”

“I’ve been at CNN for 13 years, it’s the end of a huge chapter,” Sesay explains.

“It’s been such a tremendous time, such an eventful 13 years — I feel like I grew up working there. I showed up as a 30-year-old in 2005, with two suitcases and a one-year contract — I’ve managed to make that last 13 years! It’s been amazing, I’ve been married when I was there, divorced when I was there, it’s all happened.”

She then revealed her frustration with Western media, which is now so focused on US President Donald Trump.

“It’s all so Trump-focused,” she explains.

“He sucked all of the oxygen out of the room. The media is following that lead to the exclusion of almost everything else, in a meaningful way. For me, personally, it’s not what I want to spend all my time doing.”

Sesay yearned to cover other stories besides those about Donald Trump.

“After a while, I want to do more coverage of the Ebola outbreak, of the elections in Liberia, or any number of things that are happening. I’m ready to take control of what I’m talking about,” she says.

Speaking about her new projects, the 42-year-old beautiful reported said:

“I’m writing a book about the Chibok girls, it’s being released in May 2019. It really speaks to where my head is at, currently — a lot more coverage about Africa, a lot more work on the continent, and a lot more focus on young girls. That’s what I’m about right now.”

Sesay is British-born, but of Sierra Leonean descent.

Her mother, Kadi Sesay, served as Sierra Leone Minister of Trade and Industry from 2002 to 2007 before becoming the Vice Presidential Candidate of the Sierra Leone People’s Party in 2012.