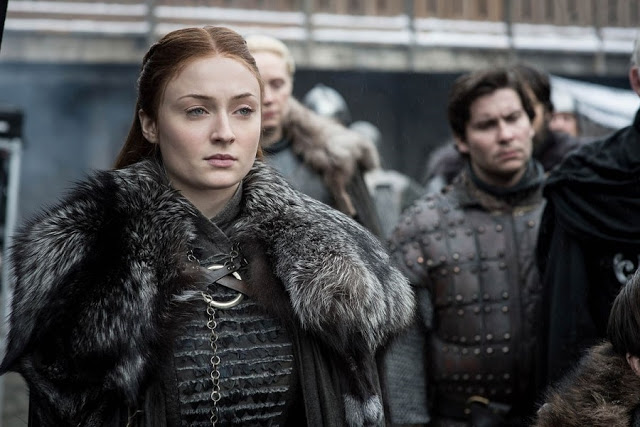 On Sunday’s episode of Game of Thrones, titled “The Last of the Starks”, the Hound, after spending many seasons apart, got into a conversation with the current Lady of Winterfell, Sansa Stark.


During the talk, The Hound expressed regret that he couldn’t protect Sansa from all the terrible things that had happened to her.

“You’ve changed, Little Bird,” he said, using Cersei’s old nickname for Sansa when she was the royal family’s hostage.

“None of it would’ve happened if you’d left King’s Landing with me. No Littlefinger. No Ramsay. None of it.”

To this, Sansa replied: “Without Littlefinger and Ramsay and the rest, I would’ve stayed a little bird all my life.”

Now some fans are expressing disappointment over Sansa’s statement, saying it trivializes the trauma of rape. 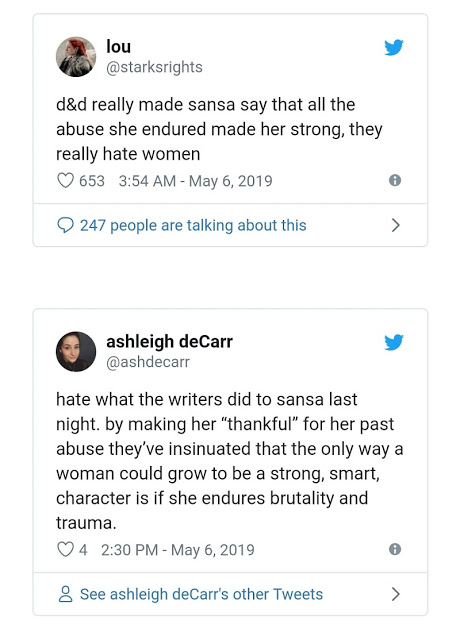 According to some fans, the line implies that women should be grateful for men who harm them because it “builds character” — or that women can only be strong and empowered if they’ve endured some form of abuse. 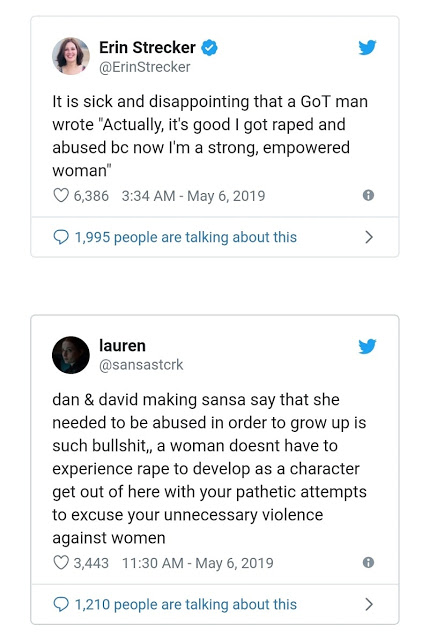 “Game of Thrones” has often been criticized for its lack of female writers, which may explain why scenes like this are poorly received by women.

There are still a few others, however, who felt that Sansa’s reaction to her trauma was realistic and relatable.

Sophie Turner has also defended her character’s controversial and traumatic experiences, as well as Sansa’s reactions to them, many times.
Share this post with your friends: