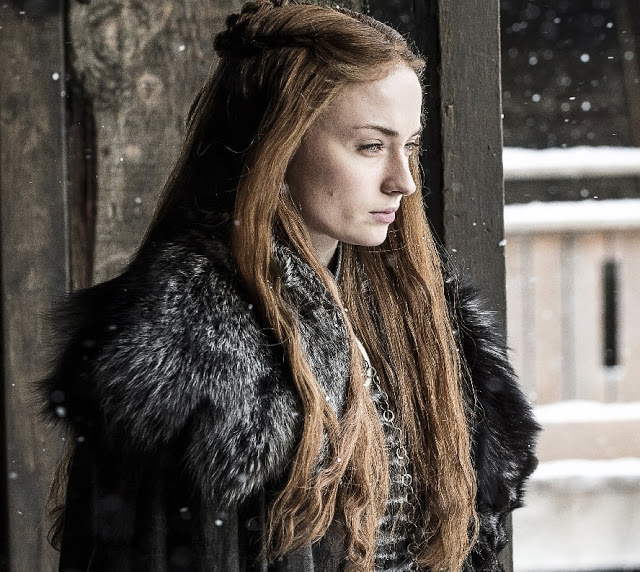 In a just-released footage from the much-anticipated 8th season of Game of Thrones, Sansa Stark could be heard handing over Winterfell to Daenerys Targaryen.

“Winterfell is yours, Your Grace,” Sansa said to an approaching Daenerys while Jon Snow looked on.


The scene is so remarkable that it is already causing loads of commotion on Twitter.

“Sansa didn’t watch her father die, grieve over the death of her brother and mother while being abused by Joffrey, kill Ramsay after being raped, put up with Littlefinger for years and have a snow tower knocked down by some brat to give Winterfell over to some lady with dragons,” someone tweeted.

“Sansa and Arya didn’t go through hell and back just to hand over Winterfell to Miss Nephew Fucker. It’s a no from me. #GameOfThrones,” joined another.

Others were of the opinion that Sansa didn’t really mean what she said.

In affirmation to the hot debate, HBO who produced the hit series wrote in a tweet:

“Yes, Sansa did say what you think she said.”

Whatever it is, the teaser clip is certainly doing its job, which is getting people talking about the long-awaited Game of Thrones season finale!