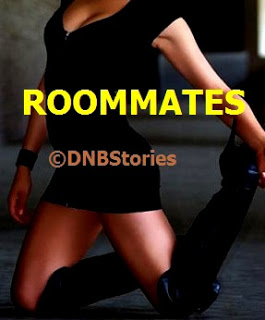 April threw the door open and flung herself into the room.

The girls’ eyes ran to her, confused.

She threw off her bag to the bed and kicked away her heels.

‘Madam, what is it?’ Georgina was first to ask.

Georgina turned scared in the face. She looked round her sides; both Loveth and Philomena looked just as shocked. ‘Rats?’ she said, ‘where are they?’

‘My rats!’ April cried again. ‘They are dying!’

‘Your rats are dying?’ Loveth asked, her mouth as her eyes wide open in confusion.

‘April, please stop this joke, biko,’ Georgina said. ‘If you are hungry, there is fish bread in the fridge.’

‘I’m not joking,’ April cried again. ‘My rats at school are dying.’

‘Yes! The rats for my project.’

‘You are really serious?’ Loveth said.

April dropped on the bed. ‘What am I going to do now?’

Georgina hissed. ‘You are crying because of dead rats.’ She started to file her nails again. ‘Is your project not supposed to find a way to get rid of rats in the first place?’

‘No!’ April screamed. ‘If I record more than 5% mortality, that means my entire results have been flawed.’

‘So you have your results already?’

‘I really wanted my results to be the same with the first person that did that topic, that’s it.’

‘In other words, you are copying?’ Georgina said.

‘Not really,’ April said. ‘Just looking at the old work as a guide.’

All the girls paused all they were doing and faced April.

‘What is that?’ April said, defensive.

Georgina’s mouth twisted further. ‘Yet you nearly had my neck on the block the day I mentioned paying someone to help me with my project!’

‘If I hear. By the way why bother buy over a hundred rats just so to conduct an experiment you already have the results?’

April crossed her legs and said nothing.

‘The boys killed one rat at the staircase this morning,’ Philomena said. ‘I’m sure if you get a gum trap, you’ll catch more.’

April threw her mouth open and started to cry again.

‘We use albino rats and they must all be the same age!’

April hissed, frowning at her.

‘Better go to Theresa’s room and beg her for rats,’ Georgina said. ‘They kill rats every day in that room!’

April wiped her face. She stood and adjusted her skirt. ‘You girls are so useless, please where is the fish bread?’

‘The rats have eaten it!’ Georgina said.

It was a cool Wednesday evening and the girls just got ready to go to Fruit and Berries. The restaurant serves a unique jollof rice that marries magically well with chilled Coke.

But just as they stepped out the stairs, something remarkable happened.

Something that has never happened before.

It was Loveth that heard the girl first, and she screamed: ‘Oh my God!’

‘What is it?’ April said, neither looking nor stopping.

‘Hear what?’ Georgina this time. Like April, she didn’t stop.

‘Someone just used the A-word on us!’

Now all the three girls halted and turned at once!

A tall fair girl was coming toward them, screaming, ‘Ashawo!’

Behind her dark glasses, April’s eyes bulged in shock.

Georgina stared at the girl with both cheeks flattened, as if wondering when a mad woman she did not know of moved into the lodge.

People were watching now; some peeping through their windows, others from their balconies and a few others running down to outside to see.

‘Leave me alone, what is it?’ a confused-looking Philomena said in her defence.

‘Shut up!’ the fair girl shouted, wanting to slap her. She was very tall with muscular arms. ‘Look, thank your stars I am not in my fighting mood this evening because I just got back from church—otherwise.’

She made an ominous hum. ‘Otherwise! But I must warn you, stay away from my boyfriend o. Stop creeping into his room in the night to shine your congo, shebi you dey hear me so?’

Swallowed in her guilt and shame, Philomena said nothing else.

Georgina came close. ‘Eh, Madam, e done do you hear,’ she said, ‘but who is your boyfriend?’

‘My boyfriend is Frank! Of all the guys in this lodge, why does it have to be him that your bandy-legged friend won’t allow to rest?’

‘Please leave her alone, the person you have issues with is your boyfriend and not her.’

‘You are talking as if you don’t know Frank in this lodge,’ Judith said. ‘He doesn’t talk and always on his own, that is what this silly girl wants to take advantage of!’

She turned back to Philomena. ‘Stay away o, hmm, stay away from him because any night I catch you sneaking into his room again to tell him how you are cold and need him to cover you up and all that nonsense, you will not come out with your legs intact o. I’ve set my phone’s alarm, I go must catch you myself this time.’

‘Judith,’ Loveth called, ‘she just came, who told you she even knows Frank?’

‘Ask her if she was not in his room by past midnight yesterday, ask her! Stupid vulture, you no dey use eye see fine boy abi?’

‘This girl you are foolish!’ Georgina snapped.

‘You are very foolish! In fact, you are a disgrace to everything that makes you a woman! Even a transgender will not behave like this!’

Judith threw a slap to Georgina and she caught her hand in the air. ‘My friend, gather yourself! Adjust biko! If you are so dick-starved as to drop so low to engage your fellow woman, a fellow creation of unsurpassable virtue like you, in this outrageous scuffle over a man, then I’m too shocked to imagine the size of your brain!’

For many long seconds, there was silence, all eyes on Georgina.

She threw off Judith’s hand. ‘Go back into your room and sleep, sister. Your kid of a boyfriend is safe. We don’t even do kids not to mention, fight over them!’

She turned back to Philomena. ‘We told you little boys always kiss and tell, didn’t we? Now organize yourself, we have a lunch to catch!’

Philomena nodded, obeying at once.

And with this, the girls straightened up and walked off, amidst all the staring eyes.

But inside his room, one guy was not happy with the eventual outcome of his telling.

Now instead of being the fine boy girls in his lodge fight over, he is just a kid who doesn’t know how to talk.

And this particularly made him upset.

At Fruit and Berries, Philomena could not stop looking at Georgina, a great warm emotion coating her eyes.

She was still staring, when her phone began to vibrate and ring.

She picked it up and on seeing who the caller was, quickly excused herself.

Inside the neat and sparkling restroom of the restaurant, she talked to her caller in low tones.

‘Mummy, please I think we have to abort,’ she told the person that called her. ‘I don’t feel up to that whole plan again.’

There was a short pause.

‘Nothing happened, I just don’t want to go along with it anymore. Will send back your money first thing in the morning tomorrow.’

She ended the call before her caller could say anything else and sashayed back to the other girls.

Later that night, she touched Georgina.