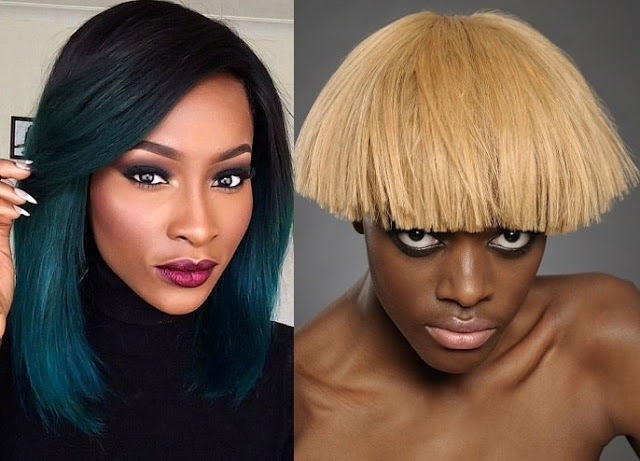 In 2005 I visited Ghana on vacation for a couple of days.

The flight was about 60 minutes from Lagos and it felt like visiting Abuja from Lagos.

On arrival, one of the immigration guys tried to “obtain” me [Nigerian way of saying “to con”].

He had this big grin that I interpreted to be: “You know how it is in Naija now, drop something jor!”

It turned out to be a memorable visit though.

While I waited for my friend Francois to pick me up at a pub, they were playing Nigerian hits including Nigeria Jajagaja by Eedris Abdulkareem, quite a hit at that time.

It turned out that Nigerian hits were considered to be hits in Ghana as well.

Before long, the stereotype of Ghanaian girls being all dark and “manly” (translated loosely to mean a woman that has muscles like a man) was dispelled.

Francois and Victor-The-Great gave me the trip of my life and I visited many places in Accra.

The Ghana I saw was beautiful, people were nice, the food in Osu was delicious and for the first time in my life, I could not finish a regular portion of food I purchased in a fast-food restaurant, thanks to Papaye. It was that much.

Also I became a millionaire for the first time when I exchanged some dollar notes for over a million Cedis (It was before the country re-denominated her currency you see).

Here is the more relevant part though:

My friends told stories and jokes, many involving Nigeria and Ghana. You’d hear ridiculous gist like, “If you get to some part of the world, you’ll see billboards that says everyone in the world is welcome here except Nigerians and Ghanaians!”.

When I was asked to tell jokes about Ghana that were popular in Nigeria, I had none!

So my friend, I think Ghana looks up to Nigeria in many ways except in football where the rivalry is strong.

They tell jokes and all and listen to our songs.

Nigerians on the other side don’t pay too much attention to Ghana. Don’t get me wrong we’re not looking down on the country, we just feel they’re our beloved neighbors and they’re not noisy.

We respect Nigeria, you know, like the cooler older brother who is hip and has all the girls.

The one who, albeit having dropped out of school, still managed to find his way in the world and become successful.

The brother that loves you and won’t hesitate to come to your defense, BUT still messes with you from time to time.

I think Nigerians on the other hand see us as the younger brother who has his act together, the one that’s praised by the family for being tactical, smart and having the focus to complete his degree.

The less noisy one who somehow admires his big brother, even though sibling rivalry must takes precedence.

There are differences, but the similarities far outweigh them.

One of the major ethnic groups in Ghana, the Ga, who occupy the Greater Accra region actually migrated from Ile-Ife in Nigeria.

They are actually behaviorally very similar to a stereotypical Nigerian.

I wouldn’t like to think that there is any real enmity between the two countries.

It’s not like we are ever going to go to war over whose Jollof is better, but it’s highly likely we will go to war for each other if the other called for help.

As a Nigerian that spent his college years in Ghana, I see Ghanaians as my brothers from the other side.

Although there are some ego and dislike by both countries at intervals…I just see it as a healthy competition.

An average Nigerian love Ghana and still have nostalgic feeling when it comes to “waakye” while Ghanaians love our swag…the way we dress, use our pidgin English and all that.

While we Nigerians find their pidgin English funny:

Lol. Imagine. Should you be under the road before?

I get the feeling Nigerians see us as being their smaller brother, slightly dumber, more clean-cut and less street-wise than they themselves are.

There is a lot of respect between the two nations and a lot of closeness, even though there are two countries between us.

Nigeria is bigger, richer and so more influential and as such the average Nigerian feels bigger than the average Ghanaian.

But not really in a harmful way, I think.