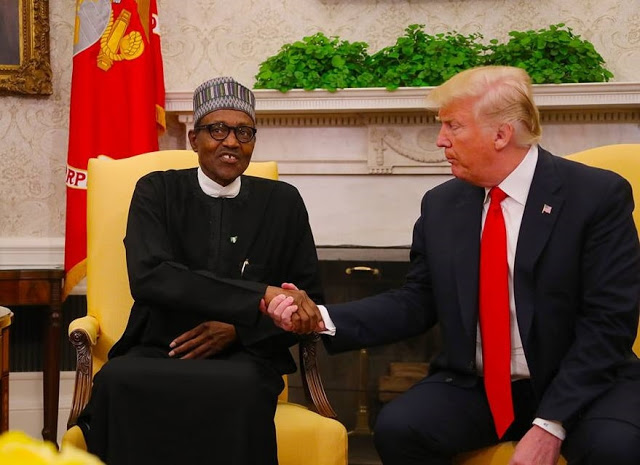 According to a publication by the Financial Times, United States President, Donald Trump called Nigeria’s president Buhari “lifeless,” shortly after their April meeting in Washington.


“The first meeting, with Nigeria’s ailing 75-year-old Muhammadu Buhari in April ended with the US President telling aides he never wanted to meet someone so lifeless again, according to three people familiar with the matter,” the Financial Times report stated.


Contrary to the report, Trump had praised Buhari at their press meeting together where he commended Buhari’s effort in tackling corruption and insurgency.


He even called Nigeria one of the most beautiful places on earth, adding that he would love to visit the country someday.


The news of Trump calling Buhari lifeless has generated a lot of reactions among Nigerians, with a lot of divided opinions.


“I doubt the authenticity of the claim that the President of the USA said that,” Nigeria’s information minister, Lai Mohammed, said.


“But if truly he said so, then it is of no significance to us. This is because the same Trump publicly endorsed and applauded the President for a job well done.”

One Comment on “Did Donald Trump really call Buhari ‘lifeless’”