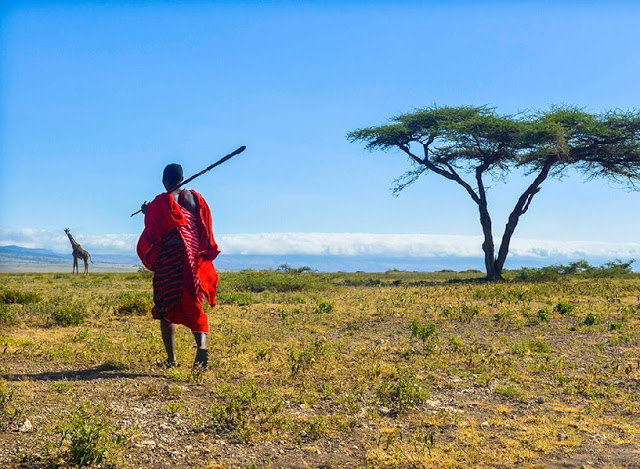 Stealing a lion’s kill may be on everyone’s top list of things NEVER to do, but some African tribesmen have been engaging in this act since a really long time.

According to the BBC, lions in Cameroon are having their kills stolen under their noses by hungry villagers.

The practice of stealing of food from another is known as kleptoparasitism and it usually occur between top predators such as lion, hyena and cheetah.

But people are increasingly getting in on the act, conservationists say.

They suspect the practice may be much more common than thought, and are even concerned that it could threaten the dwindling numbers of lions in Cameroon.

In the BBC video below, three Dorobo hunters of Kenya prepare themselves to steal a kill from a pride of lions in Southern Kenya.

The Dorobo have been practicing this hunting and tracking technique for thousands of years.

Today, hunting in Kenya is illegal, but no law currently prohibits stealing another animal’s kill — even from lions, if you are up to it!