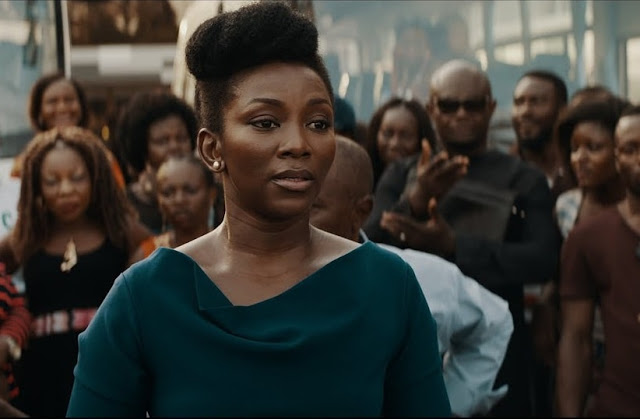 Lionheart was the first film ever to be submitted to the Oscars by Nigeria, but instead of the joyous news of a nomination Nigerians desperately hoped for, the Academy disqualified the submission instead.

According to the Academy, films submitted in the “Best International Feature” category must have “a predominantly non-English dialogue track”.

Igbo was spoken in Genevieve’s Lionheart, but the bulk of the production was in English.

One of the voices speaking out against Oscar’s decision to disqualify Lionheart based on language is American filmmaker Ava DuVernay.

Ava DuVernay is the brain behind Netflix’s hit miniseries, “When They See Us”, based on the 1989 Central Park 5 case.


Ava criticized the Academy’s decision to disqualify Lionheart based on language, pointing out that English is the official language of Nigeria, as the country was colonized by the British.

Ms. DuVernay wrote: “To The Academy, you disqualified Nigeria’s first-ever submission for Best International Feature because its in English.

Reacting to the news, Lionheart’s writer, producer, director and star actor, Genevieve Nnaji thanked Ava for her support and announced on Twitter: “Thank you so much, Ava. I am the director of Lionheart.

“This movie represents the way we speak as Nigerians. This includes English which acts as a bridge between the 500+ languages spoken in our country; thereby making us one Nigeria.”

The director continued: “It’s no different to how French connects communities in former French colonies. We did not choose who colonized us. As ever, this film and many like it, is proudly Nigerian.”

According to The Wrap, The Academy announced the disqualification to voters in the category in an email on Monday.

The film was scheduled to screen for voters on Wednesday in a double bill with the Honduran entry, but it’s viewing has now been canceled.