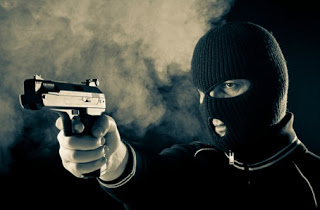 Sometime in 2008, I was offered admission to study Civil Engineering at Nnamdi Azikiwe University (UNIZIK), Awka.

As a newly admitted student, it was required of me to undergo a mandatory physical clearance at the university. This exercise involved presenting my documents and paying my school fees for full registration as a new student.

But then, there was a problem –I had no place to stay for the period of the clearance.

The only two friends I had in Awka at the time were yet to return to school for the new session. I would have stayed at one of their places had any of them being around.

After mulling over the issue for some days, I contacted a family friend for help and that was how I ended up going to stay with Chike at Igbariam for the period of my clearance.

Chike was an undergraduate at the Anambra State University, Igbariam Campus, about 20 – 30-minute drive from Awka.

The distance didn’t bother me— I was happy to finally have a place to stay for my clearance.

I even intended staying there until I was able to secure a hostel accommodation for myself in Awka.

The day I arrived at Chike’s place, he welcomed me really well and ensured I was comfortable.

When food was served, I didn’t eat much; my clearance was to start the next day so you can imagine how excited I was not to even think about food.

The next morning, I woke up very early, had my bath and dressed up. I just couldn’t wait!

Chike’s hostel was quite some distance from the Onitsha—Enugu expressway where I’d see the buses going to Awka.

Trekking all the way to the major road was not an option. To make matters worse, there were no okadas in sight.

Somehow the commercial motorcycles never seem to be there when you need them.

To my luck, Chike told me he had the phone number of one okada man with him.

He dialled the number and within a few minutes, the okada man had arrived in front of Chike’s hostel.

He was quite young and full of smiles. But it was his neat motorcycle that got my attention first.

I don’t remember his actual name now, but I think Onyeka.

We exchanged greetings and Chike told him he’d like him to take me to the expressway where I could get a bus to Awka.

Perhaps we must have haggled a bit over the price before I entered the bike and it zoomed off.

On the bike, Onyeka engaged me in one of those kind of conversations you likely get into whenever you board a commercial motorcycle in Nigeria.

The topic of such discussions could range from anything from football to politics, or just the weather.

And if the okada man notices you are really flowing to the chat, he might go as far as telling you what transpired in his bedroom the previous night.

I don’t remember the exact details of my tête-à-tête with Onyeka, but I’m very certain we must have all had our share of such scenarios.

At last we were at the roadway and he stopped.

I paid him and boarded a bus and left for Awka.

By the time I finished with my clearance, the UNIZIK sun had taken up his job in full scale.

Sweating profusely and on the verge of melting, I hurriedly left the school premises and boarded a bus back to Igbariam.

Along the way, very close to the bus-stop, there was a bullet-riddled bullion van parked on the roadside.

The van had so many bullet holes you’d wonder if it was purposely done. But there were bullet cartridges lying on the road too.

Just so many of them.

Policemen in uniform milled about at the scene. Our bus like the other vehicles had been stopped by the police.

Just then, the driver of our bus started talking to one of the passengers in the front seat, narrating the incident to him.

‘Armed robbers attacked the bullion van some hours ago and carted away so much money,’ the driver said. ‘I heard the bullion van was going to deliver money to one of the banks at Awka. The robbers were shooting in all directions. So many people were killed by stray bullets.’

Now everyone in the bus was listening to him, some shaking their heads, others grunting.

‘These men scatter everywhere with bullets, I dey tell you!’ one of the passengers joined in narrating. ‘These men dey very bad!’

Unfortunately for him, one of the policemen heard him and walked close.

‘Which men scattered everywhere with bullets?’ the policeman asked the passenger. ‘I think you know who the robbers are!’

‘Come down!’ the policeman barked. ‘Come down from the bus! You must provide the armed robbers.’

The passenger came down from the bus.

He kept on pleading with the policeman that he knew nothing about the robbery, but all his words fell on deaf ears.

Finally, they held him there and he didn’t continue the journey with us.

Even up to the bus-stop at Igbariam, there were still bullet shells littered all over the road.

As I got off the bus, I hurriedly jumped on a bike and headed straight to Chike’s hostel.

He wasn’t home when I returned but I was able to find his room key where he kept it.

Once inside the room, I kept all my documents safe in my bag.

Chike returned home later in the night. He picked something from his room and left. We didn’t get to discuss much before he left.

When morning came, he was home. I told him I wanted to get to Awka to ‘tidy’ up a few things at school and thus needed him to call Onyeka, the okada man, to carry me to the expressway.

Chike kept quiet for a short while before he spoke to me.

‘Onyeka is dead,’ he said finally. ‘A stray bullet hit him during the robbery attack on the road yesterday.’

For many minutes, I didn’t move. I just stood there, pondering on how transient life is.

It ends without notice and in a thousand-and-one ways so why can’t we just relax and enjoy life as short as it is with a little more love, peace and harmony.

…In memory of Onyeka and a dedication to everyone who has ever lost a loved one to the menace of armed robbery.

May God protect us all.